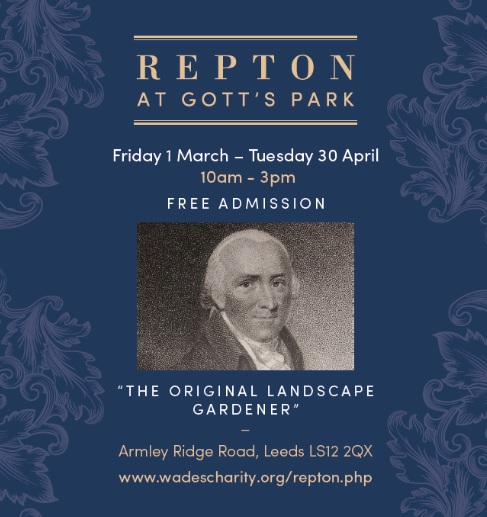 A North of England Horticultural Society exhibition for last year’s Harrogate Autumn Flower Show is coming to Gotts Park in Armley this spring.

Keen to fill the gap left by the death of the renowned Capability Brown, his overnight success was largely attributed not only to his talent for design, but also to the Red Book he produced for clients to help them visualise his plans. The original Red Book for Armley House is now at the Oak Spring Garden Foundation in the USA.

A specially commissioned digital animation of the Armley Red Book narrated by Jeremy Irons will also be on display, allowing visitors to step inside and experience the magic of Repton’s designs.

Guided walks and other events will also be taking place in Gotts and Armley Parks. For more information visit the Wade’s Charity website.

The exhibition opens to the public on Friday 1 March until Tuesday 30 April, from 10am to 3pm daily. Admission is free.