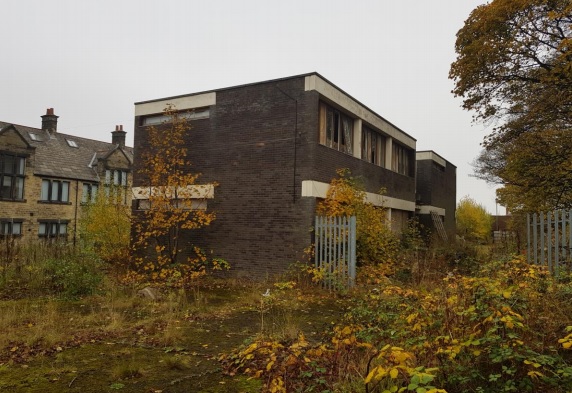 A former science block at Pudsey Grangefield School could be extended and become 19 flats.

The adjacent main Grade II Listed school building has already been converted to apartments, but the 1960s science block site has been left undeveloped and has become a storage area and dumping ground for excess materials and spoil.

Developers say the site is overgrown, and the building has become derelict and subject to vandalism and damage.

“The proposed scheme will bring an existing building back into use, and prevent further vandalism and anti-social behaviour within the area.

“The new development will provide much-needed housing within the area, and remove an unsympathetic building which currently adversely affects the setting of the adjacent Listed building.

“The new building will still be subservient to the main building and the materials will provide a traditional building form with some modern additions which will enhance the overall site as a whole.”

A new Grangefield school was built on an adjacent site.

Plans can be viewed in full here.

Meanwhile, plans to build a temporary building holding two new classrooms at Pudsey Greenside Primary School have been approved by the council. Plans include fencing and hard play surface to the existing grounds.

The temporary teaching facility will be required for a minimum of seven years to manage a one-year increased intake of pupils.

The application, which include fencing and a hard play surface, comes after Leeds City Council scrapped proposals to permanently expand the school last year due to reduced demand for places.

And last June we reported how more than 40 local residents had objected to proposals for a multi-use games area on green space on the reorganised site.