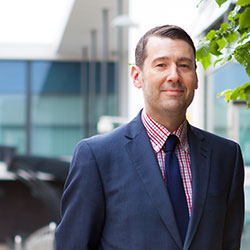 The principal of Farnley Academy has left the ‘outstanding’ Ofsted-rated school to take up a new position.

Scott Wilson will take up a new position within the Gorse Academies Trust in January, with executive principal Sir John Townsley taking over at Farnley until a new principal is appointed.

The decision was revealed in a series of assemblies with students last week and a letter to parents. In the letter, Mr Townsley said:

“This arose as a result of discussions between myself and Mr Wilson; he is very excited to be taking forward his extensive experience to a new challenge in a new school.

“For the remainder of this year, I will be taking over the leadership of The Farnley Academy and this will continue to the point where we make a new permanent appointment of a Principal.

“I should like to take this opportunity of thanking Mr Wilson for all that he has contributed to the success of The Farnley Academy. He has been a pivotal part of the Academy’s journey of success and I know that he will continue to make a big contribution to the success of our Trust more widely.”