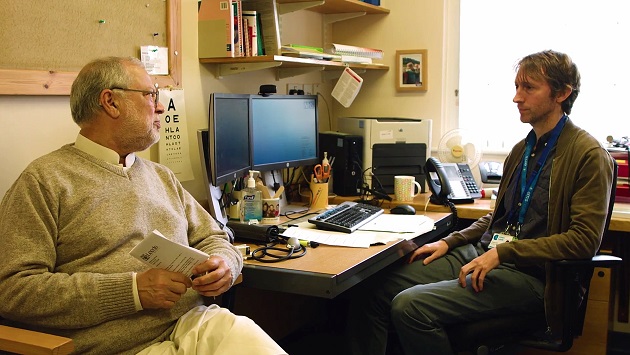 A new initiative in Pudsey, Calverley and Stanningley is improving the health and wellbeing of carers and the people they look after.

The project is the work of five GP practices who have joined forces to improve how carers are identified and supported.

A carer is anyone who, without payment, looks after a family member or friend living with dementia, illness, disability, mental health issues or a substance misuse problem who couldn’t manage without support.

According to Carers Leeds, there are around 74,000 unpaid carers in the city, and nearly a quarter of those care for more than 50 hours a week.

In Pudsey, there are 1,347 known carers, but it’s believed that’s only around half of the actual number, so a key task for the new project is to identify as many carers as possible and put them in touch with support services.

“Carers are unsung heroes and without them, health and care services would struggle to cope. It’s vital that we look after them and help make sure they are able to continue, so it’s been great to work with our colleagues in other practices and with Carers Leeds to put measures in place that will make a difference.”

“We recognise that people don’t often identify themselves as carers so it is our job to work across different organisations and communities to ensure that we are all able to recognise carers and let them know we have a range of support services to help them.

“This work with GPs in Pudsey has been a great success and we hope to continue building on this training which benefits carers as well as the wider health and social care system. It’s a win win!”

The practices are now supporting carers through a number of ways:

If you are an unpaid carer in Leeds and are looking for support, contact your GP surgery or get in touch with Carers Leeds on 0113 380 4300 or advice@carersleeds.org.uk.