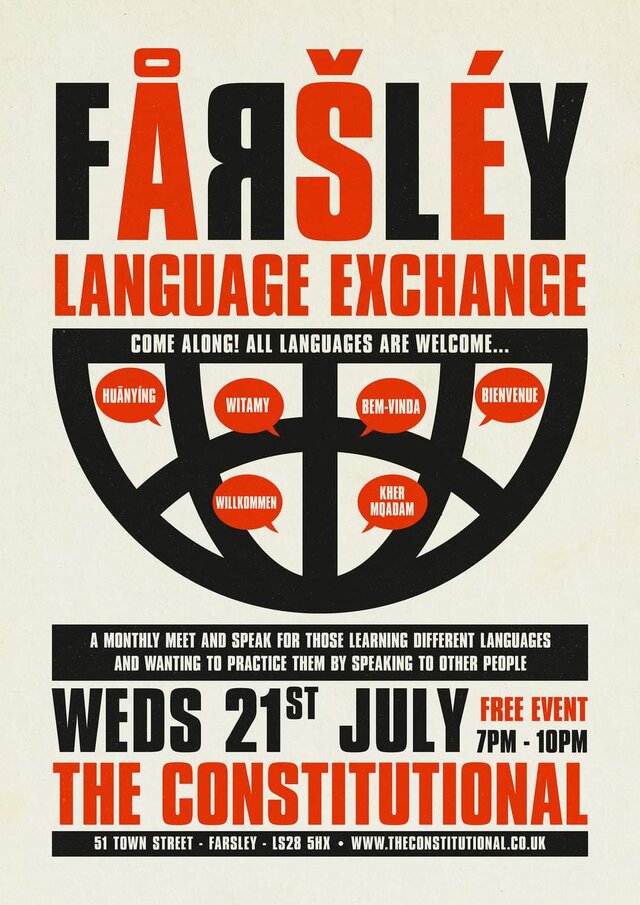 If you do speak Spanish, French, German, Japanese or any other language and would like to chat along with other linguaphiles, the new Farsley Language Exchange – which meets for the first time on July 21 – could be for you.

The meeting, at the Constitutional on Town Street, is the idea of local artist and language lover Louise Atkinson. Louise, who speaks German, some Spanish and, during lockdown, started learning Swedish, moved to Farsley at the beginning of the year.

She had come across language exchanges elsewhere, where people just meet and chat in their chosen tongue. With many others learning languages during lockdown, she thought it would be a good idea to set one up in the town.

“Not everyone wants to go to classes, or if they do, they might want another, less formal setting to try out their skills,” she said. “Either way, this monthly meeting will give people the chance to speak, or listen to, their chosen language, get to know each other and of course the bar will be open so all the chatting can be done over a drink!”

An initial chat in a local Facebook group brought interest from Korean, Japanese and Norwegian speakers as well as French, German and Spanish.

The format is simple, just turn up at the venue, join others who want to speak the same language then start a conversation.

“It’s very much led by the participants, who can speak as much or as little as they want. The idea is that everyone will learn something and will hopefully have fun,” said Louise.

The exchange has won the backing of the Constitutional, which has helped by designing the posters and flyers and will be opening exclusively for the meeting.

The first meeting of the Farsley Language Exchange is on Wednesday July 21 with people invited to come along any time between 7 and 10pm. Entry is free.