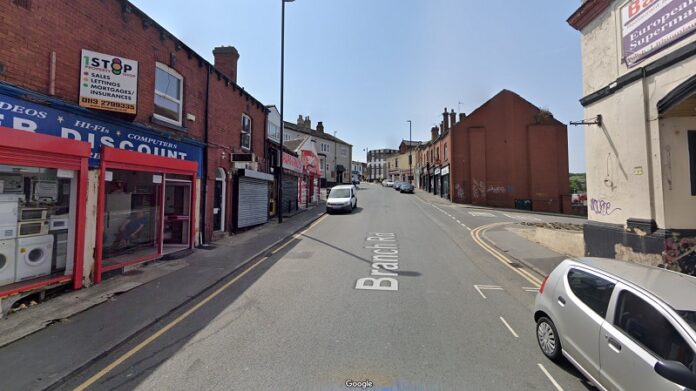 An application to sell alcohol at a shop in Armley is facing strong opposition due to ongoing concerns over street drinking on the Town Street area.

Lietuvaite Shop Ltd on Branch Road has applied to Leeds City Council for permission to sell alcohol off premises daily between 9am and 9pm.

Owners have said they will include CCTV, staff training on public safety, a notice at the entrance asking customers to leave quietly, litter bins, Challenge 25 and a refusals register in a bid to tackle any anti-social behaviour.

But the application has met with opposition from the police, Armley councillors and council licensing officers amid concerns about ongoing problems with street drinking and anti-social behaviour in the area.

Councillors on the council’s licensing sub-committee will decide the application next Tuesday.

The area is subject to a ‘cumulative impact policy’, which allows the council to refuse applications for a licences unless the applicant can demonstrate they will not add to the negative impact in the area.

In their objection to the application, West Yorkshire Police said:

“In this case, this application provides nothing fundamentally different to what already applies to licensed premises in this area which are essentially responsible for the problems of disorder and anti-social behaviour associated within the area of the Armley CIA.”

“To grant another alcohol licence would impact the work already being done to reduce the levels of street drinking and associated antisocial behaviours seen in and around Armley Town Street.

“From a public health perspective there is a lot of multi-agency work being done to help people with alcohol dependency issues – having more establishments selling alcohol for 12 hours a day is not a constructive action and sends out the wrong message for the future developments of Armley.

“People do not always feel safe visiting Armley Town street and the perceptions of anti-social behaviour associated with drug and alcohol use are widely documented.

“As we emerge from lockdown we want to encourage our communities to return to Armley town street and support our local businesses. We will continue to work with our police teams and council teams on all aspects of community safety and in doing so strongly object to the granting of another alcohol licence within the vicinity of Armley Town Street.”

“Bearing in mind the severity of the problems being experienced in the area, which suffers with people drinking on the street and causing disorder and anti-social behavior, the Licensing Authority is of the opinion that your application does not contain sufficient information on how granting your licence would not add to the impact already being experienced in the area.”

The licensing sub-committee meets next Tuesday, 20 July, at 10am. The agenda and council documents can be read here.