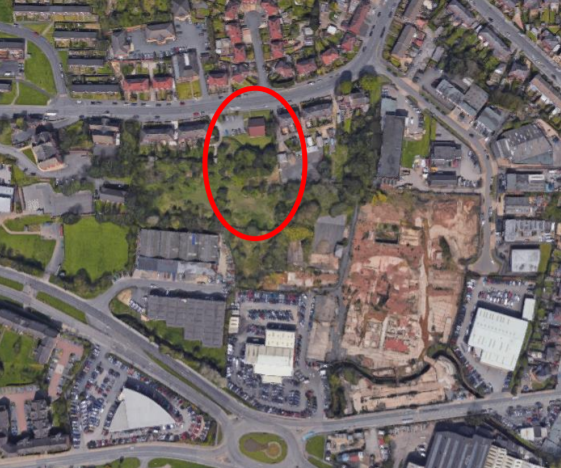 Plans for a block of 13 apartments on land behind the former housing office in Wortley have been submitted.

Thee new proposals, for an area of scrubland behind 163 Lower Wortley Road, come four months after plans for a block of 12 apartments and four houses at the site were withdrawn by developers.

Applicant Paul McFadden, of Redcote Lane, has resubmitted proposals. The flats would be in a two to four-storey block containing nine two-bedroom and four one-bedroom apartments.

A planning statement submitted with the application states:

“The proposed development of the site to form residential units is a considered response and will provide a high-quality development in a sustainable location.

“The design has been developed with the benefit of continuous dialogue with the local planning authority and has sought to incorporate local residents comments where practical and appropriate within planning policy.”

There would be parking for 17 vehicles.