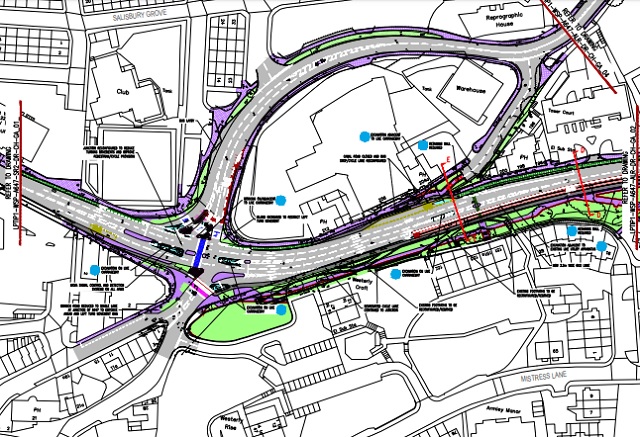 More details of the A647 Bus Priority Corridor scheme have been revealed as plans to cut bus journey times and improve facilities for cyclists and pedestrians along the busy Bradford to Leeds route take a step forward, writes Keely Bannister.

Senior council transport officers have approved preliminary designs for the road which a report states will “provide estimated bus journey time savings of 10 minutes inbound in the morning peak, and nine minutes outbound in the afternoon peak, as well as improving bus reliability”.

To implement these changes, a number of Traffic Regulation Orders (TROs) will be required. Senior council transport officers have agreed the TROs, which can be viewed in full here, and they will be implemented if no valid objections are made.

Parts of the scheme have proved controversial, particularly the conversion of Stanningley Road’s High Occupancy Vehicle Lane into a bus lane.

Consultation on the change saw 50% of respondents giving negative feedback and Armley ward councillors have also expressed concerns over the impact on residents and congestion.

The council report responds to these concerns by highlights the positives to bus journeys:

“Extensive modelling has been undertaken as part of the design process in order to fully understand the likely impacts of the scheme on bus journey times and congestion in the area.

“The modelling results show that the proposals between Bramley Town End Roundabout and Armley Gyratory will reduce journey times for the dominant east-west movements during the peak periods.

“This is in addition to average bus journey time savings of 6 minutes inbound in the morning peak, and 6 minutes outbound in the afternoon peak.”

“In response, parking surveys were undertaken, with results being reported to local ward members.  The results of the surveys show that there is limited parking on Bradford Road, and that sufficient parking is available on adjacent side streets to accommodate vehicles displaced by the new bus lanes.  All of the frontages affected have off-street parking available.”

Construction of the A647 Bus Priority Corridor scheme is programmed to start in January 2020 and be completed by March 2021.

Detailed designs to give buses priority at the Armley Road, Canal Street and Gloucester Terrace junction have already been given the green light with plans to improve Armley Gyratory also progressing.

You can view all the details associated with this decision here.