Mark’s History: The rich past of Pollard Bridge 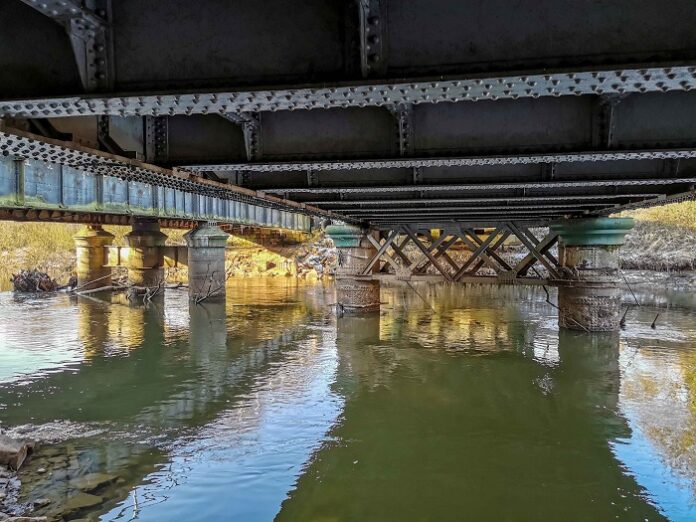 Firstly, my thanks to Richard Warren who unknowingly made my day with his post on Facebook for walks (he does a lot of walks around West Leeds).

You might want to do these in the school holidays with your children he suggests in his post, where he mentions that from Pollard Bridge you can just see some posts sticking out of the water if you look up the river. Richard Warren’s website is also well worth a look for local walks.

I had a quick look at some of the photographs I had taken when I was down there the other day taking some pics of the weir – and I could just see the posts he mentions.

I always knew they were there I just had never been able to see them before. The river level is now a lot lower on that part of the river because of the damaged weir. Still high and cold enough to drown you if you fall in so if you go to look at them be careful.

If you come off of the canal at the bridge near the Abbey Inn, or down Pollard Lane depending on where you are coming from, just follow the road down to the river eventually you will see Pollard Bridge.

The land forms a triangle if you look at it on a map. The top part near the railway line was in 1845 a Mill Dam. The rest of the land was marked down as been a croft. It was part-owned by John Micklethwaite who rented it out to Messrs Ripley & Messrs Thorpe & Messrs Wild and a Thomas Haigh owned and occupied the rest.

On the 1838 Tithe map, the only bridge in the area is New Laiths Bridge (I assume this is what we call Pollard Bridge).

As you walk on the path leading to the River Aire there’s a large mound. If you can see it through all the vegetation there is an air raid shelter under it all.

When you come to the river there’s a railway bridge on the left. This is on the 1908 map, it has some kind of ‘subway’ (or tunnels for the monks at Kirkstall Abbey) leading to a second bridge which is on the 1840’s map.

The ‘subway’ is now silted up and you have to bend down to use it.

If you look out over the river you can at the moment easily see around eight posts sticking out of the water.

It is said that the bridge built here was built by the monks of Kirkstall Abbey and that these posts may be the remains of it. The original Newlay Bridge?