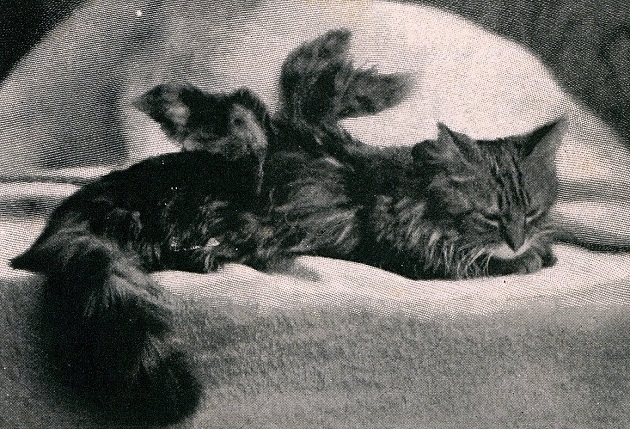 In the early 1900s Bramley Hill Top Workhouse probably had many cats to keep the rats and mice under control, you would think that if one of the cats went missing they would not think much of it, writes Mark Stevenson.

But when Thomas the cat went missing this was noticed because Thomas was a special cat:

Word got back to the workhouse that a Benjamin Martin, of Tong Road, New Wortley, was in possession of a cat that sounded like Thomas.

The Workhouse decided to take Benjamin Martin to court as this surely had to be Thomas, their cat. Evidence was called to prove that the cat had belonged to the Workhouse and the judge ruled in favour of the Workhouse.

When Thomas died he was exhibited at fairs in a glass case. The last sighting of taxidermied cat in his display case was at a pub in Scarborough owned by a Mrs Clague, the daughter of the last showman to have it.