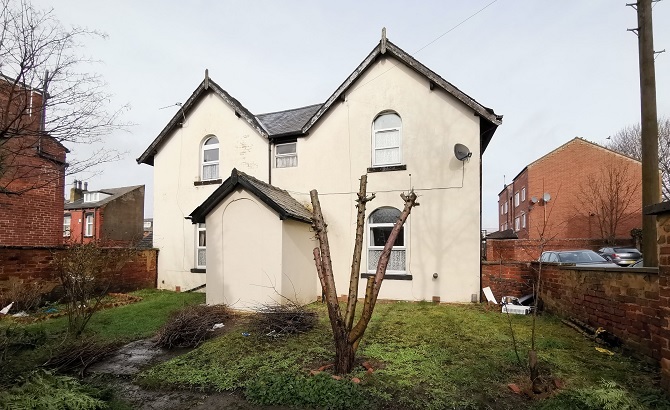 In 1911 Agnes Olive Roberts was working as a servant at 73 Call Lane, writes Mark Stevenson.

Her boss was Agnes Webster who, at the age of 77, had taken over the running of the bakery when her husband had died.

In 1946 73 Call Lane was still a bakery but now it was called Robert’s Bakers. Agnes Olive’s father was a baker. I wonder if the Roberts family took over the running of the bakery and re-named it when Agnes Webster died?

The West Leeds connection to all of this is that Agnes Olive Roberts’ family lived at 3 Hopewell House.

Hopewell House sticks out like a sore thumb, surrounded as it is by street after street of terraced houses in Burley.

Hopewell House stands on land that at one time or another was owned by Kirkstall Abbey, Saviles, Brudenells and the Earls of Cardigan.

Thought to have been a farm originally, it stands out as one of the few large properties that was built in the area up until Victorian times.

All this came to light because in 2014 I walked down one of the old yards on Call Lane and discovered the remains of a ‘building’ that I still haven’t been able to find any information on.