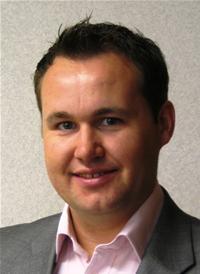 “It’s a dangerous time for politics and democracy, and it’s dangerous because when people really feel that the politicians aren’t listening to them and when they feel that how they vote isn’t going to change anything”, writes local democracy reporter Richard Beecham.

Not a man to mince his words, deputy leader of Leeds City Council’s Conservative group Alan Lamb believes the current febrile environment in Westminster does not help when it comes to campaigning for the upcoming local elections.

Britain’s Conservative government is currently taking a kicking over its handling of Brexit, placing as low as third in recent European election polls behind Labour and Nigel Farage’s new Brexit Party.

But the 42-year-old says he is more optimistic about the party’s performance in the locals.

“It is incumbent on us all to work hard and to remind people that we are connected,” he said.

“Often when you ask people their opinion of politicians, it’s not very high – when you ask them their views on their local politicans, it is often favourable.

“The big job for us is to remind people that this is a local elections about local issues and who runs Leeds. And what people can get for the council tax that they pay.”

With the local elections on May 2, Coun Lamb, along with activists from all political groups around Leeds are busy knocking on doors and delivering leaflets.

And it’s his conversations on the doorstep where Coun Lamb feels he can gauge the current mood.

“Uncertainty is the problem at the minute,” he said. “It’s not Brexit per se. The message we get and pass on is ‘just get on with it’.

“Brexit and the uncertainty around it have become a huge distraction. People look at the national scene and say ‘you’ve had plenty of time to do this’ and they are frustrated at all parties. They just want people to get on with it.

“Whenever there is a chance for people to go to the polling station, it is a reminder that the people are in charge. We are lucky in this country that when there are still countries in the world that when you want to change your government or someone who represents you, you still have to take arms. We just have to pick up a little stubby pencil and go down to the village hall and put a cross in the box.”

So never mind the Brexit, what are his plans for Leeds City Council?

The Conservatives on the authority would have an absolute mountain to climb if they were to win a majority from Labour, and would need to more than double their current number of council seats to win a working majority on the council.

Coun Lamb said: “Our ambition is to run the city and to take control – it’s a big step from where we are today to take it in one go, but we are hoping to make gains in these local elections.

“It gives you a good understanding if you shop alongside your constituents, if you use the same schools and doctors that they use – you understand the communities you represent.

“When I go to the supermarket, I get stopped, and it becomes a surgery. That is a good thing, because it helps to keep me informed. Every day people are holding my feet to the fire to make sure I’m doing the things they want me to do.”

This is one of a series of interviews with the leaders of Leeds’s four biggest political parties: Labour, Conservatives, The Greens and Liberal Democrats. They will be published on West Leeds Dispatch over the coming week.