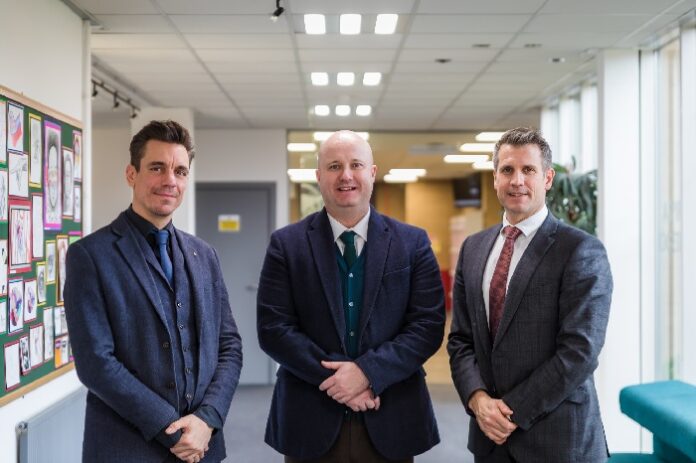 Leeds West Academy has announced a series of leadership changes at the school.

Christian Wilcocks has been permanently appointed as Executive Principal of the White Rose Academies Trust, from 1 September 2020.

Mr Wilcocks will lead the Trust’s School Improvement Team and will also act as deputy to the Chief Executive Officer, Andrew Whitaker, while also supporting other projects.

In addition, Daniel Whieldon has been appointed as Acting Principal of Leeds West Academy.

“These changes will enable the Trust and the Luminate Education Group to grow, thrive and ensure that we deliver on our great promise.”

Mr Whieldon has been a key leader of the academy since he joined in January 2018 and will continue to use his skills and experience in school improvement and school effectiveness to drive improvements at the school.

Mr Whieldon will continue to be supported in his new role by Sam Pocock, Vice Principal (Quality of Education), who is charged with sustaining excellence in the quality of teaching, learning and assessment and vice principal Ms Lorna Bradford, who leads on students’ personal development, behaviour and attitudes for Leeds West Academy.