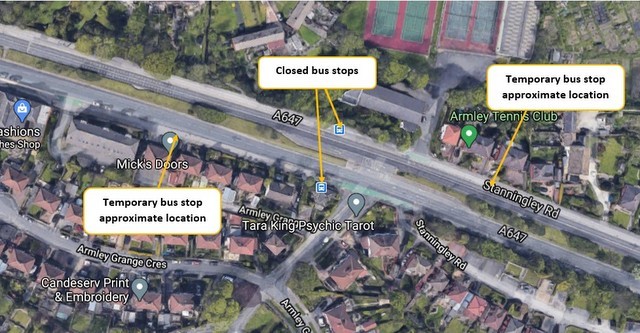 Lane and bus closures as part of a £16 million scheme tackling traffic congestion between Leeds and Bradford have been revealed.

Work is due to start from next Monday, 11 January and will involve:

Works include conversion of the inbound High Occupancy Vehicle lane to a bus lane, alterations to three pedestrian crossings, installation of a bus gate and upgrading of traffic signals. Here’s a timetable for the work:

Read more about the project here.