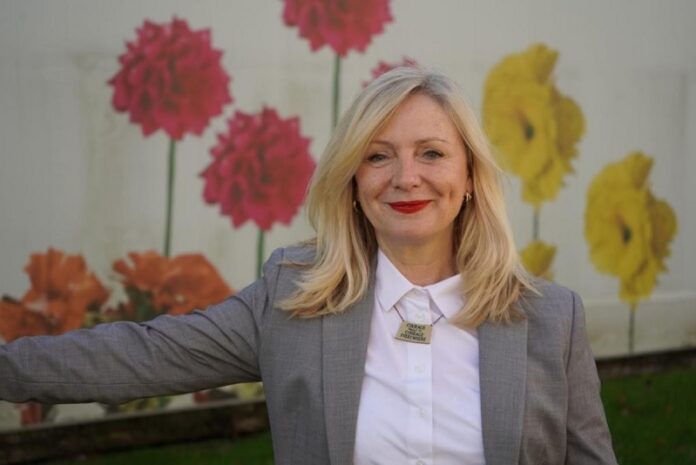 Labour Tracy Brabin was announced as West Yorkshire’s first ever metro mayor this evening, calling it “an honour I can’t put into words”.

It follows weeks of campaigning for the mayorality, which saw her go neck-and-neck with Conservative candidate Matthew Robinson, winning on second-preference votes.

Ms Brabin, who is currently MP for Batley and Spen, said work would “start tomorrow”, before reiterating her manifesto pledges for extra police officers and jobs for young people.

As Ms Brabin’s vote only added up to 42.28 per cent of the total vote, the race went to second preferences for the top two candidates, her and Coun Robinson.

Following the second preference votes, Ms Brabin polled at a total of 310,923, with Cllr Robinson gaining 209,137, confirming her as the new Mayor of West Yorkshire.

“It is an honour that I just can’t put into words to be standing in front of you today as the first ever metro mayor of our wonderful, dynamic, creative and diverse West Yorkshire region.”

After thanking her team for the support, she added:

“Devolution is our opportunity to make West Yorkshire a better place to live, work, study, raise a family, start a business and grow old.

“Growing up on free school meals in a Birstall council flat, inspired by the Batley Variety Club to pursue a life as an actor, I never imagined I would be elected as a member of parliament for my hometown, let alone be asked to serve as the first ever metro mayor for West Yorkshire. The first ever woman metro mayor in the country.

“Our politics are better when women are at the top table.

“My belief is as strong as ever that Labour still has the right answers for our towns and cities and villages. The election results have shown how hard we should work to prove that, and I won’t ever take your support for granted.”

She reiterated her commitment to her manifesto pledges, including 750 more police and staff, bringing buses back under public control, 5,000 more affordable homes to rent, and 1,000 jobs for young people.

“Starting tomorrow, we will be at work – I hope in some small way, my election will say to working class kids across our region: it doesn’t matter where you live, what your parents do for a living, how much money you have in the bank or where you went to school. You can reach the very top.”

After thanking his own election team and family, Matthew Robinson, who is also a Leeds City Councillor, said:

“This election result may not have been the result that I had wanted, but I wish Tracy the best of luck and a happy birthday.”

“Why has a party just seven years old managed to come third in a massive election?

“People want proper devolution and a fair share of funding under our control. I want to congratulate Tracy – she has won fair and square, but Tracy does not control the funding we need for the mass transit system. That has to change.”

“This election of a Mayor of West Yorkshire marks the start of a new chapter for devolution in the region. We look forward to supporting the Mayor and the Combined Authority members to deliver better opportunities for economic growth, better transport, while tackling the climate emergency and improving living standards for all our communities.

“As we emerge from the pandemic, having a mayor will help us meet our regional challenges and shape our future. Tracy Brabin will act as a figurehead for the region and bring West Yorkshire greater influence within government at a national level, including on economic recovery, the power to shape government policy and access further funding.”

Votes for both the local and mayoral elections were verified on Friday, with counting for the locals taking place the following day, and the mayorals not taking place until today.