Kirkstall Road car showroom burglary: Have you seen these watches?

Police investigating a burglary at the Kahn showroom on Kirkstall Road are appealing for information about distinctive watches that were stolen. 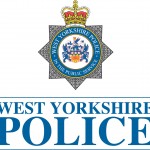 Shortly after 11pm on Wednesday, December 2, a silver Volkswagen Polo was reversed into a large display window of the Kahn showroom, in Kirkstall Road, before two suspects with their faces covered entered the premises and smashed a glass case and stole eight watches.

They then drove off towards Burley Road.

The watches are all Kahn-branded models that are only available from the company. Each watch, as pictured, has the distinctive ‘K’ logo on the face.

Anyone who has been offered watches like these for sale or who has any information can contact PCSO Neil Mahoney at the City Neighbourhood Policing Team via 101 or call the independent charity Crimestoppers anonymously on 0800 555 111.