Kirkstall: Community rallies to clean up in aftermath of nature reserve rave 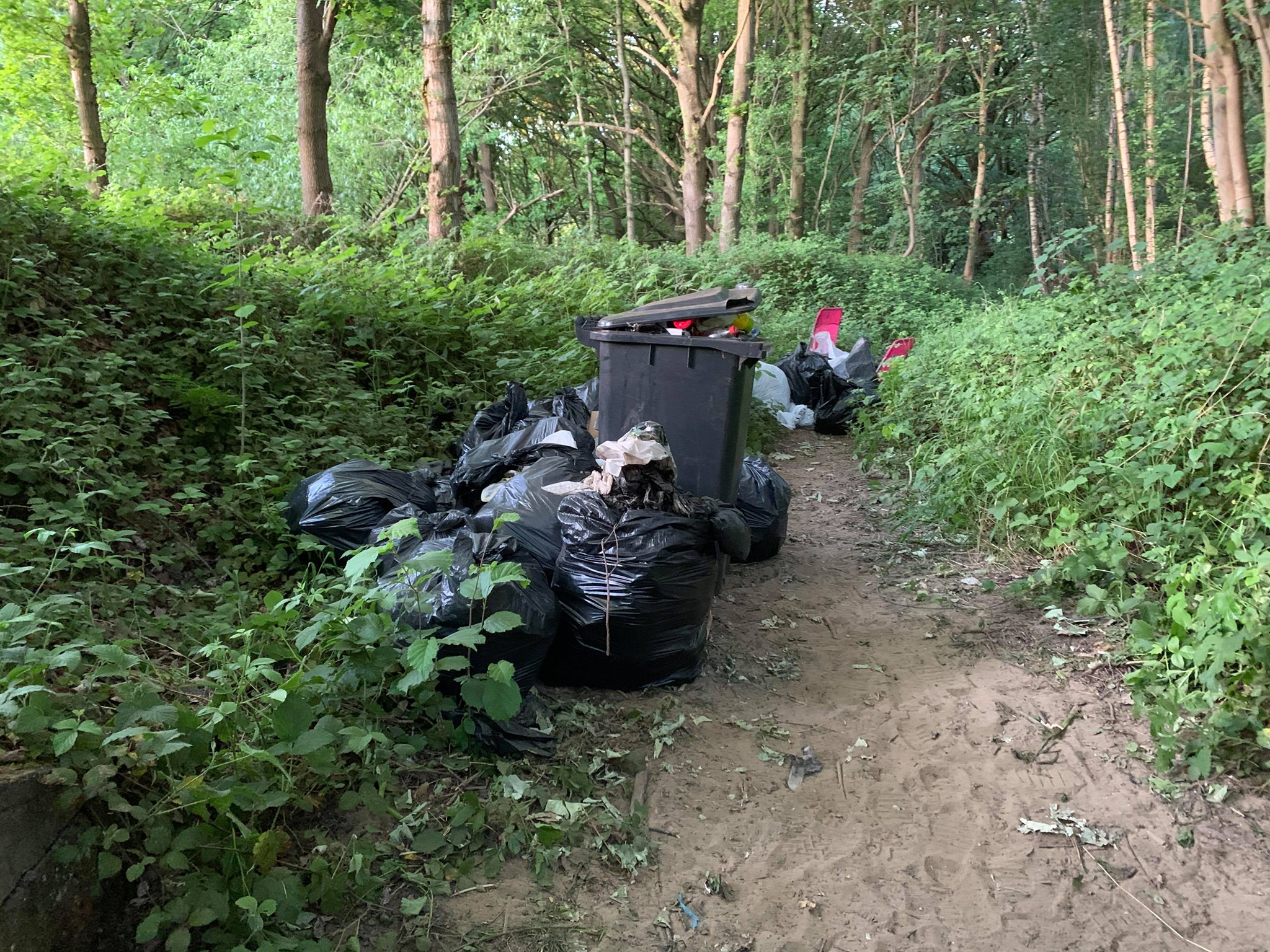 Volunteers have been helping to clean-up the aftermath of an illegal rave on an island at Kirkstall Valley Nature Reserve earlier this week.

The rave, which made headlines nationally, led to three arrests and equipment being confiscated by police as around 200 people descended on the quiet woodland area on Monday night.

The community has since been rallying to tidy the rubbish left in the nature reserve, which is the home of a number of rare birds and other wildlife.

As news of the rave spread on Tuesday morning, one local woman came down with her litter picker and bags, and was soon joined by other concerned residents.

A young couple also carried out a clean up on the reserve side, finding big pieces of metal, suitcase, clothing and food tins.

Volunteers on Facebook say the clean-up is now ‘99% done’ with some final checks for broken glass being carried out. Posting on the Kirkstall Valley Flytip Trolleys Litter Antisocial Behaviour today, they said:

“We still have to arrange for the waste to be boated across from the island as some of those bags are pretty heavy. The River Stewardship Company have offered to do this and we will update you. We may then need help with wheel barrows getting the bags to the main gate.

“The pebbled beach area could do with some fresh eyes scanning for broken glass. This area had a lot of broken glass and the three ladies did a great job but have said there could still be some smaller fragments that could still be amongst the stones. These fragments will be a danger to wildlife and dogs.

“If anyone helps, please follow the current social distancing rules and use your own equipment and assess your own risk when handling broken glass. The clean up has been carried out by individuals going out and doing it themselves, not as a organised group. “

The extent of the damage to wildlife in this part of the reserve has yet to be determined. A post on Facebook added:

“It’s impossible to know at this stage how much damage has been done to the wildlife of the area. Surveys over the next few weeks will be able to ascertain whether there are fewer birds nesting on the island as a result of the disturbance.

“New pathways had been made through some dense vegetation. All the waste left behind would have caused damage to wildlife. Two young trees had been broken on the main path in to the reserve.

“Thank you to everyone that helped with the clean up, you deserve a medal!”

Leeds Live has reported on gruesome images which show a dead and trampled bird following the illegal rave.

Keep in touch with the latest clean-up developments here.