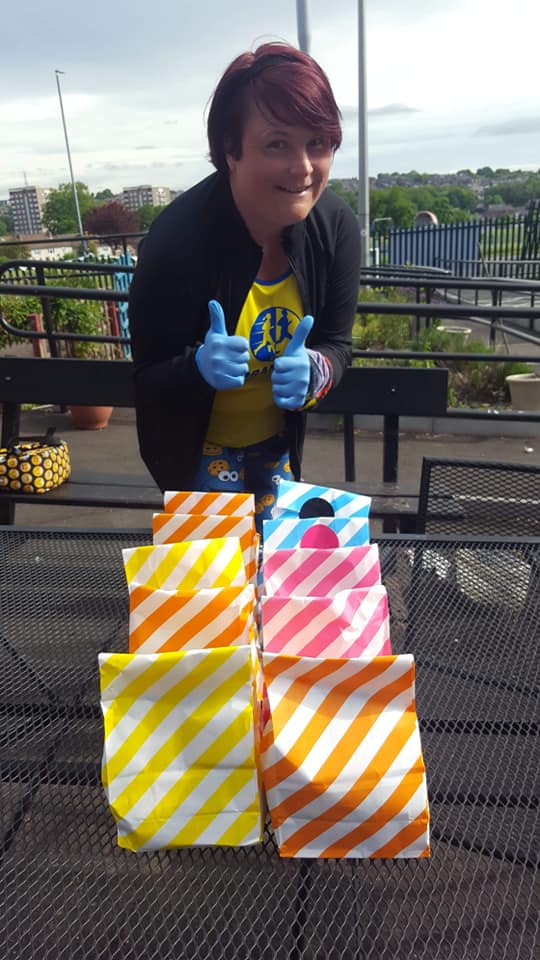 Members of the Bramley Breezers group have been running care packages to shielded older people in Bramley, Swinnow and Stanningley.

Generous volunteers have been picking up supplies from Bramley Community Centre and running them to vulnerable people unable to get out during the Covid-19 pandemic.

BrAmazon is a joint initiative between the community centre, off Waterloo Lane, Bramley Elderly Action and the popular Bramley Breezers Running Group, which has seen volunteers delivering sunflower packs and books/jigsaws to those in need.

Vickie Jamieson, who’s a member of Bramley Breezers and also does Bramley parkrun, has helped co-ordinate the scheme, which currently has around 50 ‘BrAmazonians’ signed up on the group Facebook page. She said:

“It’s a good way of keeping active, getting out and being part of the wider Bramley community. We have had lots and lots of people sign up on Facebook who are itching to get down to Bramley Community Centre and deliver those packages to people.

“It’s a great way to help other people who really need someone right now. And it’s another great example of Bramley community organisations working together closely in partnership.”

‘BrAmazonian’ Lynn Beaumont, who works as a receptionist at Bramley Baths, has this week delivered some books off to a young family who were shielding. She said:

“It’s a way of giving back to the community and reaching out to people who are isolating and not able to get out. It’s often the little things like books and jigsaws that people need to keep them mentally alert.”

It’s hoped that the scheme could expand in the summer to include a socially-distanced befriending scheme – and that other local groups and organisations may join in the scheme.