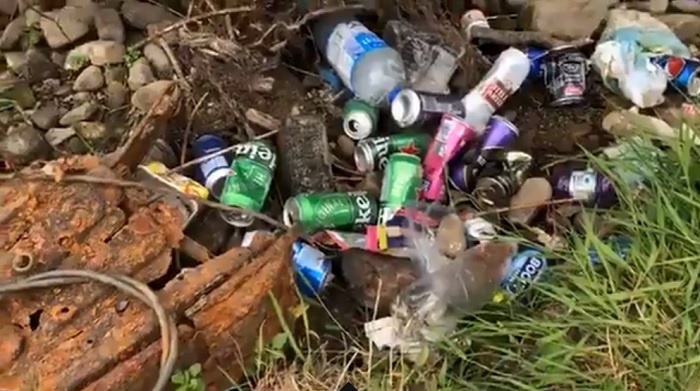 An illegal woodland rave in Kirkstall was attended by around 200 people, leading to three arrests last night (Monday).

Police were called after several residents reported loud music and big crowds in the protected Kirkstall Valley Nature Reserve area, a protected area used as a nesting ground for several species of birds.

West Yorkshire Police said people had been seen congregating in the Redcote Lane area and waded across a section of river to gain access to the reserve. Firefighters also attended due to concerns for their safety.

In a statement, Superintendent Chris Bowen said the force wanted to encourage people to play by the rules, but would use enforcement powers where necessary. He said:

“We would urge people to consider their own safety and the safety of others, particularly during the warmer weather and the ongoing period of lockdown.

“We will continue to work alongside our partners to engage, explain and encourage in a way that will influence people’s behaviours, using enforcement only in the circumstances that we have to.”

“Well the fine youth of Leeds ONCE AGAIN show NO RESPECT for wildlife in bird breeding season, never mind lock down.

“Once again on the Kirkstall Valley Nature Reserve youths, people have a full blown amped up music rave on the nature reserve last night from approx 9pm.

“Not content with the damage they caused at the last one in 2018 burning down meadows full of moths and butterflies and causing disturbance to waterfowl wildlife. This time it was on the protected nature reserve island.

“We have not assessed the damage that has been done yet. but many waterfowl species will have been scared off their nests which will have been on the ground and in the river bank. Young will likely to have been abandoned or even trodden on in the dark.

“Mallard, Gooseander, Grey Wagtails will all have had young in nests on the ground near the river bank.. Wrens, Robins, Blackbirds. and spring migrants such as Blackcap, Chiff Chaff and Willow Warblers and many others are nesting in bramble patches and dense vegetation which will likely have been damaged or disturbed.

“We saw people walking round the island with torches from the Burley Mills side of the river. People were gathering at St Anns and Burley Mills, obviously not knowing how to get across the river to the illegal gathering.

“We are in the middle of bird breeding season and it AGAINST THE LAW to intentionally damage nests and disturb birds and wildlife in breeding season. Wildlife Conservation laws have been broken, never mind breaking lock down rules.

“We hope fines will have been enforced not just a warning.

“We are left heart broken for the likely damage to birds nests and their young and to other species breeding at this time of year. We are DISGUSTED with the LITTLE RESPECT people show for wildlife thinking only of themselves and where they can get the next high from.

“No-one is innocent here, if you started this rave or attended you all know it was on a nature as your map and informant would have told you! And you still went to add to the damage.

“No one is innocent here. Only the wildlife.”

Videos circulating on social media show large groups of people congregating around a DJ with decks and a sound system.

According to reports, the footage also shows the revellers hugging, dancing together, drinking and breathing in laughing gas from balloons.

In 2018 The Dispatch reported on an illegal rave which left wildflower meadows scorched, 30 black bin bags of bottles and cans being dumped and two gazebos left behind.