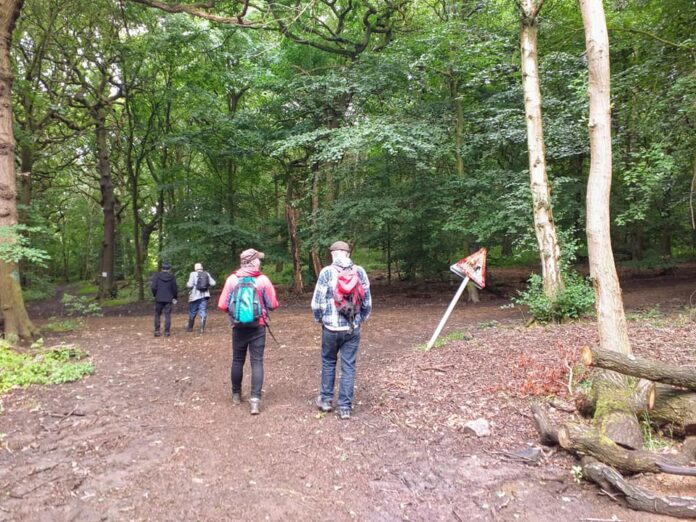 Man About Town is a project aimed at men in their 40s and 50s aiming to combat social isolation and promote mental well-being, writes Helen Fay.

The initiative is a collaborative effort facilitated by music/education charity Cloth Cat alongside with digital arts enterprise Creative Frame and is funded by Leeds Community Foundation.

The project has run various music, digital arts, and virtual reality sessions (VR)across the city since its inception in June 2019.

Founder and chair of Creative Frame, Jonathan Parker, explains the origins of and inspiration behind the project:

“Man About Town started because of things coming together at the same time in 2019.  In 2015 I’d been asked to help run the media team at Inkwell Arts and from that I gained a huge amount of experience working in mental health with [service users] and interviewing service users for film and animations.”

Prior to his time at Inkwell, Jonathan had volunteered at a community centre in Newton-le-Willows.

Jonathan says of this experience: “This had brought to my attention the lack of groups for men so that had been bubbling away in my brain somewhere.”

Towards the end of 2018 Jonathan put together a project called Digital Landscape which was funded by Creative England.  Jonathan says:

“It was a men’s project using Virtual Technology to help isolated men experience views of Leeds that they would have otherwise not visited, ie the Chevin, this gave the group the confidence to then experience these locations for real.”

Jonathan wanted to extend the project and when he left Inkwell he approached Cloth Cat to see if they would be interested in partnering up on a new project that would bring together music and digital arts to men.

A funding application was submitted and successfully obtained and the Man About Town project was born.  Jonathan says:

“Cloth Cat were breaking new ground moving into digital arts and it was a very exciting thing to be involved in.  Fast forward a year and we’ve run over 60 sessions writing original music as a group, formed a film making group, written a short film script, engaged lots more men in VR tech, took walks, had picnics and we now have funding for another two years.”

In West Leeds the group has run VR sessions for older men at Armley Helping Hands men’s group and at Bramley Community Centre.  These have currently been put on hold due to Covid-19, but were proving to be popular sessions.

The project has been going from strength to strength and has recently introduced weekly walking events and vinyl picnic sessions (bring along any vinyl records to play on the portable turntable), held on alternate Sunday mornings.

The next scheduled walking event is taking place at Gotts Park in Armley on Sunday, 12 July from 10.30 to 12.30 (meeting in the car park).

There is also a Facebook page with more details about Man About Town and the events and activities that are run.