Calverley: The show must go on! 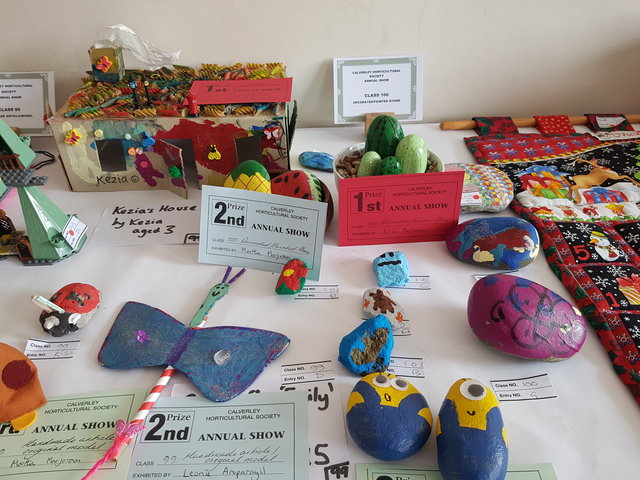 With just one year to go to their centenary, Calverley Horticultural Society isn’t about to cancel their annual show because of the coronavirus crisis, writes Anne Akers.

Organisers are determined to go ahead with show number 99 – virtually.

The show was due to be held as usual in the Methodist Hall, but with the venue closed for for foreseeable future, they took an early decision to design their own website and hold an online show.

Show secretary Bev Smith said the usual 100 or so classes had been cut to 38, but that still gave people plenty of chance to enter – with the added advantage that photographs could be uploaded any time until August 23.

With many people spending more time in their gardens, or doing art and crafts, extra ‘lockdown’ classes have been added for gardens, planters and hanging baskets, as well as re-cycled and up-cycled projects. With the shortage of flour, there’s even a no-flour cake class.

“We’re also asking people to nominate and photograph their Lockdown Heroes for a special award, we know there are plenty of people in the village who deserve that title!” said Bev.

Entry is free, with downloadable certificates for for first, second and third places. Winners will be announced on 29 August, the day when the show would have been held. Anyone can enter by registering on the website.

“It’s really easy to enter, take a photo with your phone and upload it directly to the site. Once it’s been approved, it’ll be there for all to see,” said Bev.

Plans are already in place for the centenary celebrations next year, with the return to a physical show. Otley artist Vickie Orton has been commissioned to design commemorative artwork, funded by the Pudsey Charity and the Society.