Police crack down on speeding drivers on notorious Bradford Road 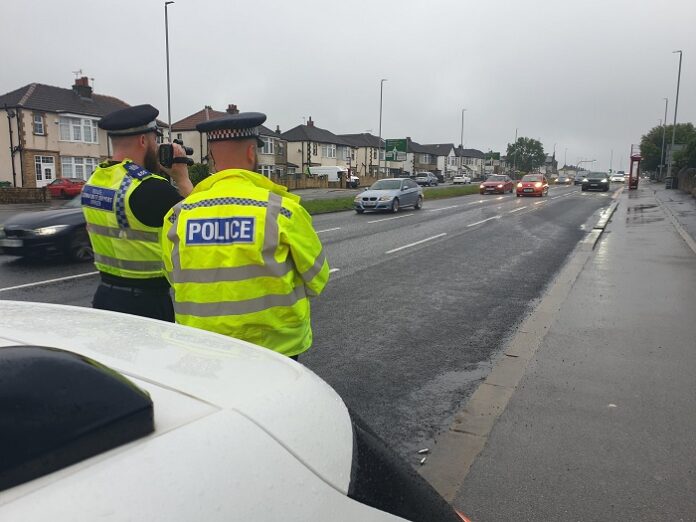 West Yorkshire Police have been stopping speeding drivers on a notorious stretch of a Pudsey road.

Officers from the Leeds West Neighbourhood Police Team have today been on high-visibility patrols of Bradford Road, between Dawson’s Corner and Thornbury Roundabout.

The patrols follow concerns over people driving at speed at all hours during the day, but mainly during the early evenings.

A Pro Laser speed device was used to assess the speed of vehicles on Bradford Road, which has a speed limit of 40 miles an hour. A police spokesperson said:

“A number of vehicles were stopped and words of advice were given to drivers about their speed.

“This is an on-going problem which West Yorkshire Police take very seriously. A number of mobile speed vans have been deployed in the area and this will continue.

“High visibility deployment of officers will also continue over the next few weeks and months to combat this issue.”

Last month, the Dispatch reported how the installation of permanent speed cameras on ‘race track’ A647 Bradford Road in Pudsey had moved a step closer to reality.