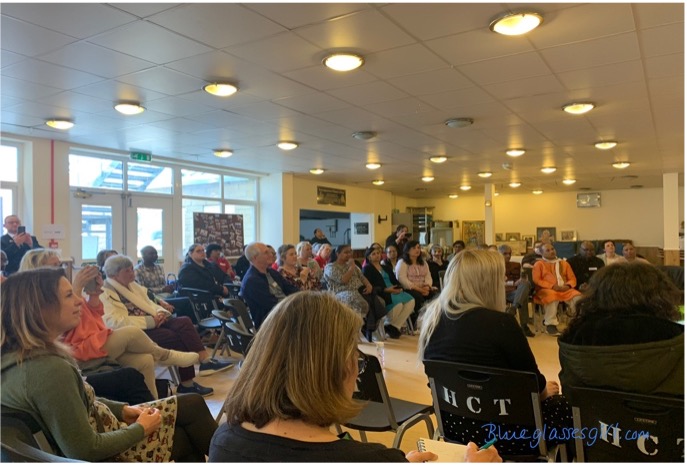 Dozens of grass roots projects and organisations joined the Lord Mayor of Leeds at a special event to celebrate “neighbourliness” in the city.

Over the past seven months, the “Hey Neighbour” Project has been supporting local voluntary work, with funding and advice to help volunteers and community activists develop activities for others in their community.

At the event, Leeds Lord Mayor Cllr Asghar Khan unveiled a “Hey Neighbour” banner, featuring local projects involved in the campaign, especially made for the event by the Lagan Group, using funding supplied by the project. The same group is providing a special meal for the day.

Another highlight of the event will be a display of several artefacts borrowed from, and representing, the individual projects.

“Hey Neighbour” has been funded by Leeds City Council and co-ordinated by Forum Central, with small group support being provided by Voluntary Action Leeds.

“The Hey Neighbour campaign is building on a rich and proud tradition of neighbourliness and mutual support in the city – everyone has seen how Covid and the lockdown really brought this to the fore.

“This event was a chance for us to show Leeds, and each other, that the Yorkshire can-do attitude, and desire to stand together and to help each other in times of hardship, is still as strong, if not stronger, than it ever was!”

Hey Neighbour Small and Micro Grants were aimed at individuals or small community organisations in neighbourhoods to enable volunteering, connect people in their communities and, nurture neighbourliness by reducing isolation and improving mental health for people. Hey Neighbour received 96 applications and funded 70 projects across the city, with the total value of grants being awarded £70,000

“This project has placed the power to help communities into the hands of the experts – i.e., the community volunteers themselves. We made it very simple to request a grant, with little form-filling experience required. The people deciding on where to spend the money were made up of local volunteers, from all walks of life.

“One project described Hey Neighbour as feeling that he was part of a wider community- and that’s why we’ve had such a positive reaction to this event and the campaign as a whole.”