From the Foreign Office to Farsley: Fashion boutique relocates as COVID-19 lockdown eases 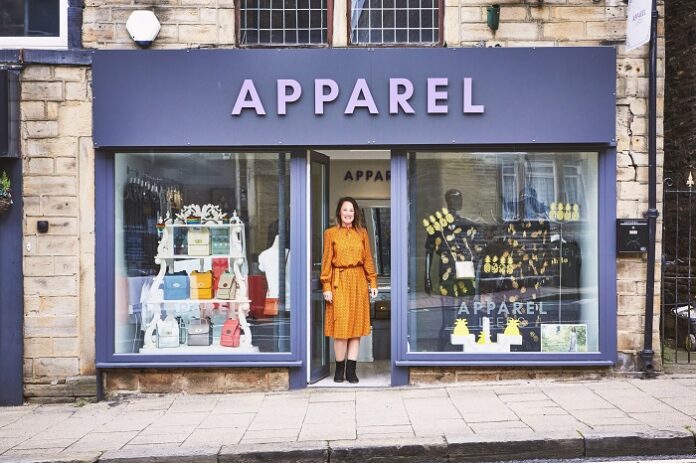 As lockdown eases across Yorkshire, Dawn Farr is opening the doors to her new independent ladies boutique in Farsley.

Following three successful years in nearby Stanningley, Apparel Leeds has relocated to Town Street, the village where Dawn grew up.

It is a homecoming for the former British diplomat, who spent almost 30 years working across the globe in the Foreign Office.

“The time was right to return to Farsley, both personally and professionally. I’ve had three fantastic years in Stanningley but Farsley is where my heart lies. I’ve already had amazing feedback from the local community, and they are as excited as I am about a new boutique opening on Town Street.

“Opening during a global pandemic naturally brings its own challenges. Whilst it won’t be ‘business as usual’ for some time, I’ve put everything in place to make sure that shopping at Apparel during the ‘new normal’ is as safe and comfortable as possible.

“There will be a maximum of two people in the shop at any one time and I’ll be offering an appointment-only service on Thursdays for those who need the shop to themselves, such as those who are shielding.”

Dawn prides herself on the exceptional customer service offered at Apparel Leeds, people skills she developed during her time in the Foreign Office. Dawn spent 12 years living in Latin America in addition to stints in Cyprus, South Korea, Turkey, Bulgaria and Portugal.

Apparel Leeds will be open from 11am – 3pm, Wednesday to Friday and from 10am – 2pm on Saturday. An appointment-only service will be available on Thursday. To book an appointment, and for further information visit the website.

The Dispatch reported in March how a fashion show run by Apparel in Pudsey had raised cash for Stanningley-based Wills Way charity.