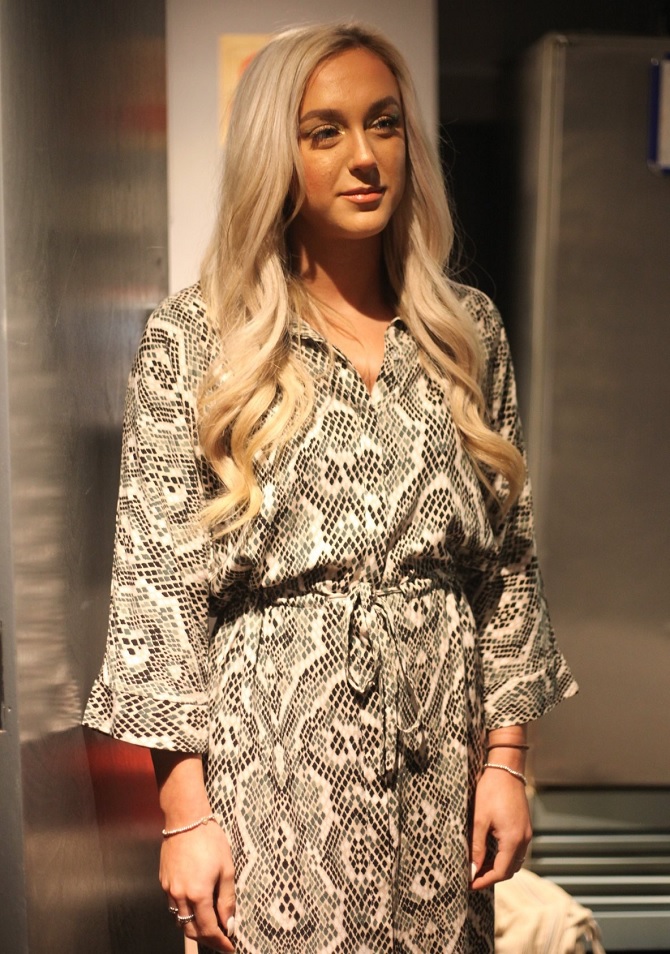 Communities are the sum of its parts; communities work best when they are inclusive and support each other and their composite organisations.

Stanningley’s Apparel Leeds held a successful fundraising Spring fashion show for Will’s Way, one of several events that took place in West Leeds and across Yorkshire before Coronavirus took hold.

The spring fashion show highlighted the appeal of Apparel, and the tickets for the eventmalong with a glamorous raffle, raised £965 for Will’s Way.

Will’s Way was set up by a 15-year-old boy who played for Stanningley RL to provide support for children with brain tumours in West Yorkshire and within the rugby league community.

“I think it’s testimony to the fabulous local community we have that so many people wanted to support the wonderful work of Lisa and Ty together with everyone at Will’s Way.”

Community is very much part of Dawn’s business, which is at 147a Town Street, Stanningley. Originally from Farsley, Dawn was well-travelled before launching her boutique, having worked in the diplomatic service for nearly thirty years.

Initially written off as a ‘six-months thing’ by friends and family, Dawn joined the diplomatic service in 1989 and travelled the world.

Dawn thoroughly enjoyed the work “even when visiting prisons” and gained many weird and wonderful experiences.

In addition to her regular work, she was invited to major international sporting events.

Her appreciation of sport meant that she well-placed to regularly sit in for the ambassador, including lunch with the chairman of Tottenham Hotspur, dinner with the Lisbon Lions of Glasgow Celtic and pre-World Cup training events with the England Men’s football squad. Heaven for a football mad fan!

However, it was a very transient life made difficult by not being able to put down roots. Dawn loved the job though it was having a detrimental effect on her health, and each break from work became harder to end.

So Dawn took a career break, initially one year to “get better”, and she tried various activities to find something she was passionate about. Despite her interest in sport it was difficult to get into it as a career.

Eventually it came down to a comment from a friend: “You should tell people what to wear.”

This appealed to Dawn, she loved fashion, had travelled the world experiencing what to wear and when, she knew it was something she could turn her hand to.

It was a success for Dawn:

“Penniless, though happy and healthy.”

It took “six weeks to set up”, with a trip to a fashion trade fair to get supplies. Dawn had a plan early on, she wanted to provide a “refreshing alternative to the high street” offering women’s wear, footwear, and accessories for contemporary women.

These would be affordable and high quality, ideally from six local designers of jewellery, clothing, and accessories.

Dawn made the decision to provide exclusivity to her customers, eight items per line. The desired effect would be that rather than everyone getting the same top from the high street store, Apparel customers would be unique.

Dawn said that support in the community is always essential for small businesses, though especially now.

Aside from the communities of west Leeds, Dawn drew support from a couple of female business networking groups. Events like the Spring fashion show help boost the community in Stanningley and Farsley and across west Leeds. For Dawn it was a

“A great effort from everyone involved, all of whom were volunteers and gave up their time to take part.”

Hair and makeup for the event was done by students from University of Leeds, and the raffle prizes were kindly donated by local business. Dawn added that 7 Steps – in Chapeltown, Pudsey – hosted the event free of charge.