From Armley Park to Arsenal: The amazing success of FC Armley

Armley’s premier grassroots football team FC Armley represented Yorkshire down in the capital and got to live every football fan’s dream when they were invited to play at the Emirates Stadium – home to Premier League giants Arsenal, writes Briony Axe.

The team were invited as a result of winning a competition hosted by Carling, where amateur football teams were invited to pitch their reasons for why they deserved to have the opportunity to play a match at the iconic stadium. 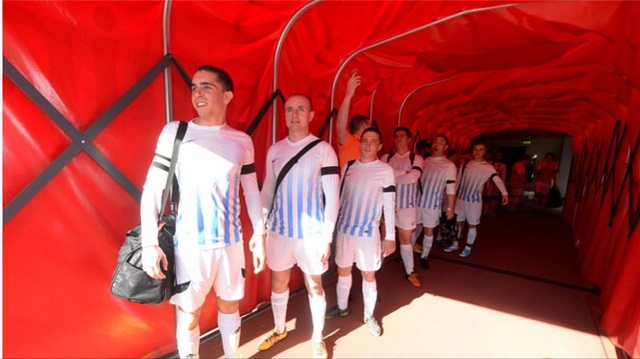 “Danny basically laid it all out for them about how I started the team a year ago and had more flags than players! They then emailed me to say we’d won and asked us to be at the Emirates Stadium on the following Friday morning at 8.15.”

With almost no time to celebrate their good fortune, it was early nights for the lads as they prepared to leave Leeds at 4am for the 390-mile round-trip to London. Hirst says:

“I arrived early at Kirkstall Morrisons to find the lads there waiting and having a game of footy in the car park!” 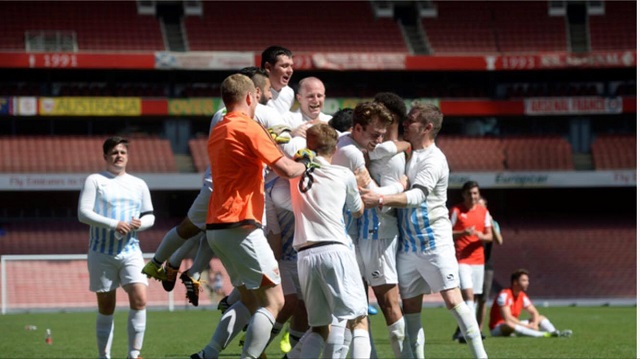 Despite the fact they were about to get a taste of the dizzying heights of the Premier League, there wasn’t a tour bus in sight for the lads, who had a more modest means of transport:

“We set off on our seven-hour trip in a convoy of four cars as we couldn’t afford a coach to take us!”

On arrival at the Emirates, the team were taken through security and then given the star treatment in the Arsenal media suite where they were given a pre-match speech by renowned ex-footballer and football manager Alan Curbishley.

The boys and their opposing teams were then assigned their changing room – with the prize for the match winners being the chance to change in Arsenal’s home changing rooms afterwards. The lads put on their infamous white and sky blue stripes and added a black armband each in honour of the victims on the Manchester terror attack. Hirst says:

“After a minute’s silence, we kicked off and took the lead in under two minutes, with Jack Barker beating his man and burying his shot in the corner of the goal

“Twenty minutes later, Jack got himself another after a counter attack, but after half an hour disaster struck Danny Riley who had his dream game cut short in goal for us as he cut his hand whilst making a heroic diving low save.” 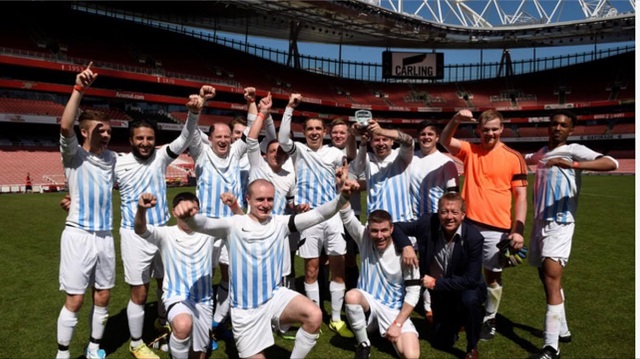 It was at this point, Hirst says, that he had to alter tactics:

“I had to change things around quickly: I moved my main centre-back into goal which changed the flow of the game and saw us on the back foot from them on.”

As half time approached, Hirst planned the pep talk he was going to give the team – little did he know he would be given a hand with the task by Alan Curbishley himself:

“You could see they were stunned with [the pep talk].” Hirst says. But despite the efforts of a premier league legend, the team conceded early on in the second half 2-1 but all was not lost:

“Minutes later Jack Barker slipped away from his defenders after receiving a cheeky through ball from Eddie griffin. Jack slowed as he approached the keeper and chipped the ball over his head and into the goal to complete his hat trick – a dream moment for any footballer!”

At 3-1, the team’s opponents were piling on the pressure and were able to pull the game back to 3-2. With just a minute to go they equalised. 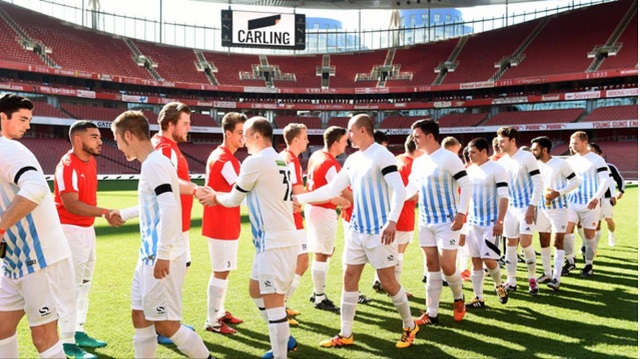 “Our hearts sank but with the final whistle we knew we had penalties to go.” Hirst says. Sure enough, the lads pulled it back and won the penalty shootout 5-3, with Dhruvin Shah scoring the winning spot kick in his last ever game for Armley – due to his imminent relocation to London.

After what had been a rollercoaster ride of a day, the boys enjoyed the comforts of their prize: Arsenal’s very own home changing rooms, before it was back on the M1 Yorkshire-bound as Emirates winners:

“We lifted the trophy like champions of England and celebrated with steaks and beer at the Alexandra Palace” Hirst says, adding:

“We set off home in 28 degree heat – but we took our trophy and memories with us.”

Do you want to be part of FC Armley’s success story? Then attend their open trials day on Sunday 11th June. You can find more info on the trials and the history of the club here.