Farsley Celtic continued their defence of the West Riding County Cup as they defeated a plucky Campion side 3-2 to progress to the semi-finals, writes Thomas Ritchie.

Danny Ellis scored a dramatic injury time winner after NCEL Division One side Campion had seemingly forced a penalty shootout after they levelled through Thomas Robinson in stoppage time.

Campion almost took a stunning lead inside a minute as Benjamin Kendall played through Matthias Britton, however Farsley shot stopper Kyle Trenerry made a fine save to keep the sides level.

Farsley then started to grow into the game and after some nice play from Paul Walker the ball fell to Isaac Baldwin who shot wide from close range.

Chris Atkinson was the next to come close for Farsley as his flicked header from a Ryan Watson free-kick was tipped over by Daniel Armitage.

Midway through the first half it was the hosts who took the lead against the run of play, as Leon Hurley-Brook raced through on goal and finished under Kyle Trenerry.

Nathan Cartman came inches away from hauling Farsley level as he latched onto a quickly taken free-kick from Ben Atkinson and hit the upright.

Cartman then turned creator as he found Ryan Watson in the box, however the Celtic midfielder failed to hit the target from 10 yards out.

Less than five minutes after the restart Campion had an outstanding chance to double their lead as Matthias Britton played in Lee Bradshaw who could only blast over when through on goal.

Farsley had a fantastic chance to draw level with 20 minutes remaining as Lewis Turner picked out Nathan Cartman with an excellent cross, however Cartman was denied by a fine Armitage save.

Yet Armitage was finally beaten five minutes later as he failed to keep out Nathan Cartman’s well struck free-kick from 25 yards out, when he really should have done better.

Less than two minutes later and Farsley had completed the turnaround, Cartman seeing his close-range effort blocked before Danny Ellis squared the ball to Nathan Turner, whose well placed strike found the back of the net for his first goal for the club.

Campion were then left furious as Luke Robinson tapped in from close range with less than 10 minutes remaining, only to be denied by the assistant referee who adjudged him to be offside.

In the fourth minute of added time Campion thought they had forced a penalty shootout as Thomas Robinson’s effort took a slight deflection and crept just inside the upright to level the scores.

However, just a minute later Campion were left stunned as Isaac Baldwin’s terrific cross from deep was superbly headed home by Danny Ellis, the emergency striker rising highest to give the Celts the advantage.

There was even time for Cartman to miss a guilt-edged opportunity as he turned wide from inside the six-yard box following an excellent run from Paul Walker, Farsley progressing after a dramatic quarter-final tie. 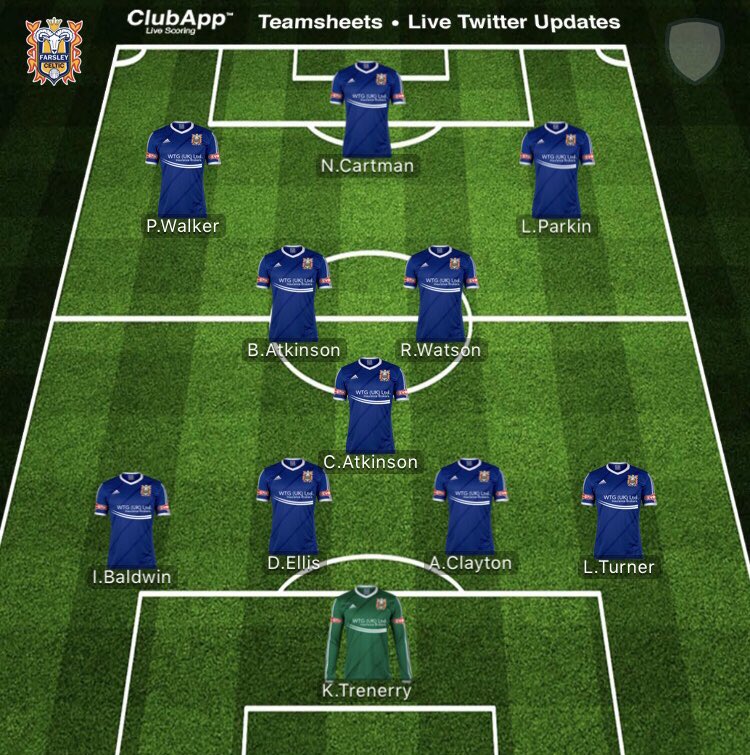