Farsley Celtic jumped to 19th place in the table after a 2-0 victory over Southport at the Citadel.

After a tight first half in which both sides had opportunities, it was two second-half penalties from Frank Mulhern and Will Hayhurst that secured the Celts a vital three points.

The visitors started the game on the front foot, and almost broke the deadlock after just 30 seconds when Jordan Archer scuffed a shot into the hands of David Robson after being played through on goal.

The Farsley ‘keeper would have a busy afternoon and five minutes later, he was called into action once again when Southport’s Jack Bainbridge’s effort had to be parried away from the bottom left corner. 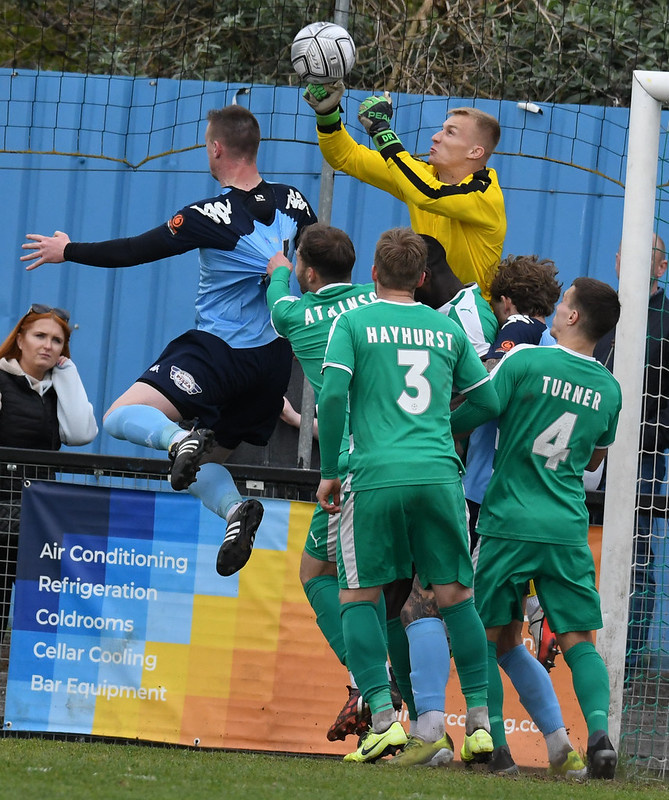 The Celt Army would grow into the game and after 25 minutes Chris Atkinson almost found the top left corner, only to find Southport shot-stopper Cameron Mason in his way of opening the scoring.

Will Hayhurst then went close to putting Russ Wilcox’s side in front just two minutes before the interval, when his volley had to be clawed away by Mason.

Farsley suffered a further blow after the break when Sam Walker, who had replaced the injured Jean Leroy-Belehouan early on, was forced off himself with what looked like a recurrence of a hamstring injury.

However, his replacement Jacob Gratton provided an instant impact, and almost got on the scoresheet when he dragged a shot just wide of the bottom right corner.

Southport also had chances to get in front in the second half, and Archer almost found the net after a scramble in the Farsley area which was bundled clear.

Midway through the period, Farsley had the opportunity to open the scoring when a Jimmy Spencer volley struck the arm of a Southport defender, and the referee pointed to the spot.

And Frank Mulhern would take advantage of the golden opportunity to put Farsley in the driving seat, calmly dispatching from 12 yards out as he sent Mason the wrong way.

Southport responded well to falling behind, and would have been level but for man of the match Robson, who had to make an incredible save to deny George Newall. 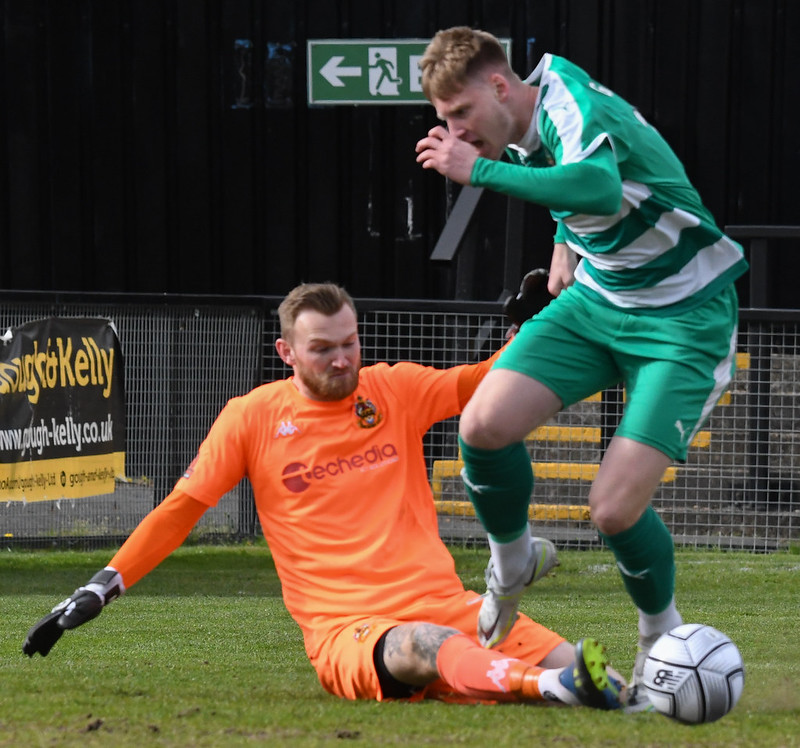 But with less than five minutes remaining Farsley were awarded another penalty after Jerome Greaves snuck in behind the Southport defence and was brought down by Mason.

This time, with Mulhern off the pitch, Will Hayhurst stepped up and buried the spot-kick to secure a valuable three points, and a five-point cushion over the relegation zone, for the Celts.

Next week, the Celt Army travel to 18th-placed Chester with the West Yorkshire outfit looking to stay clear of Blyth, Telford and bottom-placed Guiseley.

Boss Russ Wilcox admitted the Celts rode their luck at times and lamented what could be season-ending injuries to Belehouan and Walker ahead of the Chester game, alongside a suspension for Atkinson – but praised the spirit of the players.