Goals from James Walshaw and Adam Clayton were enough for The Celts, despite Dominic Marie’s reply providing a scare. 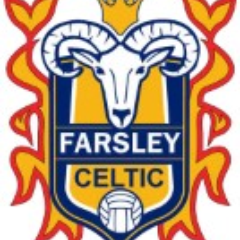 Farsley took the lead with the first clear-cut opportunity of the game, with Jordan Deacey’s corner from the left hand side swung in towards the back post where James Walshaw rose highest to head home.

Ryan Watson had an excellent opportunity to double The Celts’ lead minutes later. James Walshaw headed down towards Jordan Deacey who fed Paul Walker, his pass finding the feet of Ryan Watson who fired wide of the upright from ten yards out.

Watson continued to be the centre of the action, as his cross picked out Paul Walker at the far post. He controlled the ball before firing back across goal and just wide.

Farsley continued to press and had two fabulous chances in the space of a minute. First Paul Walker played in Ryan Watson , however he was denied by Prescot ‘keeper Marcus Burgess. From the resulting corner Burgess got a fist to Deacey’s delivery but could only pick out Peter Davidson in space who blazed his effort over the bar.

As the second half began Prescot went searching for an equaliser and they came close through Dominic Marie. Joe Feux swung in a cross towards Marie who’s header struck the inside of the post before Farsley hooked the ball away to safety.

Within minutes Farsley had doubled their lead. Paul Walker played in Aiden Savory who was still up after a corner and his shot was saved by Burgess, but straight onto the head of Adam Clayton who nodded home the rebound.

Just before the hour mark Dominic Marie hauled Prescot back into the game. Receiving the ball 30 yards from goal, Marie bent the ball into the top corner past the outstretched hand of Graeme McKibbin in the Farsley goal.

But back came Farsley, intent on finding a third goal to secure the points. James Walshaw was played in by Ryan Watson but he failed to hit the target, before Watson then played in Paul Walker, who cut in before unleashing a shot which was well saved by Burgess.

With time running out Prescot started to pile on the pressure as they searched for a valuable point away from home. James Edgar fired just wide from the edge of the box, before Cables came incredibly close. Harry Cain hit the woodwork with his low effort before Prescot recycled the ball towards Dominic Marie, who’s rasping shot was superbly pushed away by Graeme McKibbin, and Farsley held on for the three points.