Farsley Celtic match against Leamington postponed due to frozen pitch 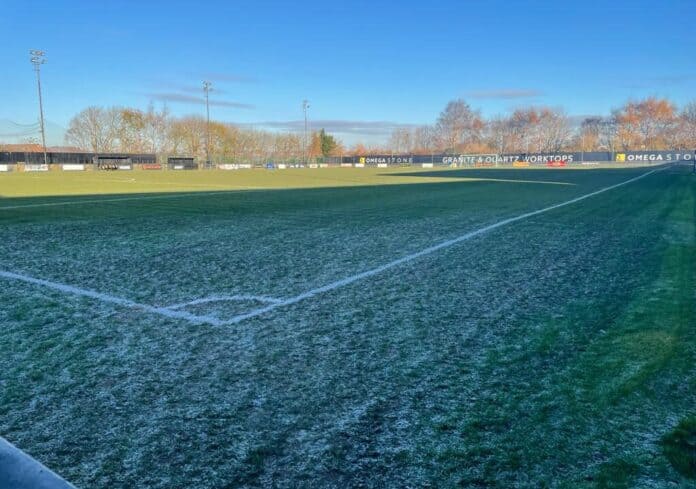 Tonight’s National League North fixture between Farsley Celtic and Leamington at the Citadel has been postponed due to a frozen pitch.

A qualified referee inspected the pitch this morning, deeming the playing surface unplayable. A new date for the fixture will be announced in due course.

The Celts are back in action at home on Saturday, when the visitors are Brackley Town.

Farsley Celtic will travel to Hungerford Town in the fifth round of the Isuzu FA Trophy after the draw was made this afternoon live on Talksport 2.

The Celt Army will make the trip to Berkshire to face Hungerford as the two teams meet for the very first time at Bulpit Lane, on Saturday, 11 February.

The Crusaders are currently at the bottom of the Vanarama National League South, a league they’ve competed in since 2016.

Further details about the FA Trophy tie, which sees Farsley just three victories away from May’s showpiece final at Wembley Stadium, will be announced in due course.

The full Isuzu FA Trophy fifth round draw can be viewed by clicking here.

Jamie Sykes’ side have now won 14 out of 14 games in all competitions, including nine straight victories to start their league campaign.

Horsforth provided a much sterner test than the Celts have faced on many occasions this season, and the visitors would lead just 1-0 at the break, thanks to a Demi Pringle strike.

However, within a minute of the restart Demi Wisher had doubled Farsley’s lead, before Pringle struck again and Lucy Allman found the back of the net to make it 4-0 on the hour mark.

The hosts, who had put in a valiant display, pulled a goal back with 25 minutes remaining, but Sykes’ side would respond well and put the game out of sight.

Pringle secured her hat trick and Rachel Dean got in on the act to add a sixth, before the goalscoring was rounded out in added time by Pringle, with her fourth of the afternoon.

The Celts are back in action at the Citadel on Sunday, hosting Wortley FC Ladies.