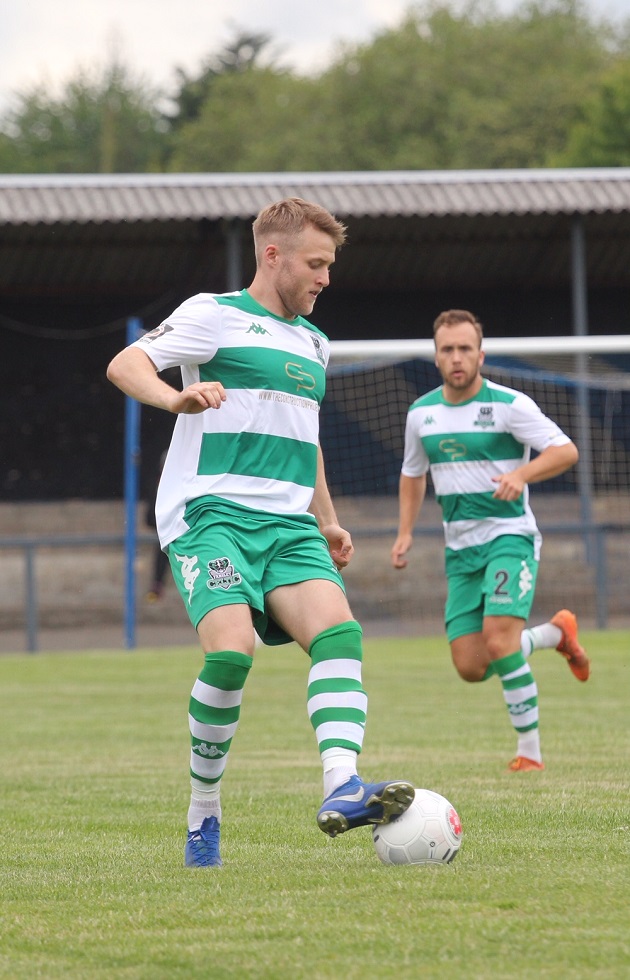 Farsley Celtic and York City were forced to settle for a share of the spoils in a hard-fought 0-0 draw at Bootham Crescent, writes Thomas Ritchie.

Both sides had chances to win the game, however it was Farsley who looked the most likely in the second-half and ultimately had the better chances.

The Celt Army’s defence stood strong throughout and Elliot Wynne commanded his area superbly, claiming every cross delivered by the hosts.

“It’s a great point, obviously this is as difficult a place as we’re going to have to come to all season, and I thought the players handled that tremendously.

“I thought the players were outstanding, there was probably a spell in the first-half, 10 or 15 minutes in when they got on top and put some really good balls in the box, and asked one or two questions of us.

“But I felt once we tweaked one or two things tactically and got to half-time, we grew in confidence, and I felt in the end we were worthy of a point.

“The longer the game went on I actually felt we were the more likely, we had a couple of really good opportunities and we almost got gifted a goal.

“I think overall a point was what we deserved.”

York City, the favourites to win promotion, started the game on the front foot with Alex Kempster looking dangerous down the left, and Isaac Baldwin was forced to make a good defensive block to clear the danger.

The Minstermen continued to look dangerous and Elliot Wynne was forced into action as David Ferguson’s strike from the edge of the box took a wicked deflection, Wynne reacting superbly to tip the ball over.

As the first-half progressed Farsley began to grow into the game, and midway through the half York failed to deal with Isaac Baldwin’s long throw, before Chris Atkinson saw his effort blocked.

York’s inability to capitalise on their first-half dominance almost came back to bite them shortly after the interval, Jimmy Spencer working the ball through to Tyler Walton 12-yards from goal whose side footed shot was blocked.

Nathan Cartman was the next to come close for the Celt Army, getting on the end of Adam Clayton’s header, however Pete Jameson was quickly off his line to save.

Shortly after the hour mark Jordan Burrow had a fantastic chance for the hosts on the break as he was played in by Kallum Griffiths, but Burrow blasted wildly wide when well placed.

Adam Lakeland’s side had spells when they controlled the game in the second-half and had two opportunities to snatch all three points in the final five minutes.

The first of those fell to Chris Atkinson at the end of an excellent Farsley move instigated by a great run from Will Hayhurst, with Atkinson firing just wide from the edge of the box.

The best chance either side had came just moments later, Sean Newton gifting the ball to Luke Parkin, who had Jimmy Spencer in space with the goal gaping, but Pete Jameson quickly closed down Parkin and made the save.

The Minstermen also came the closest they did to scoring late on, Sean Newton with a superb, swerving strike from 30-yards out that cannoned against the upright and away to safety, with neither side ultimately able to break the other down.