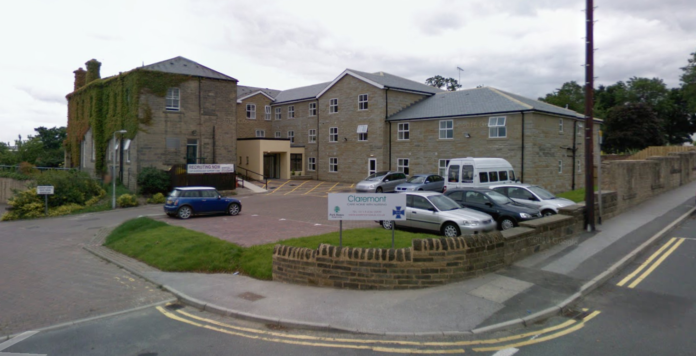 A Farsley care home has been rated as ‘inadequate’ overall following an inspection by the Care Quality Commission (CQC).

Inspectors identified breaches at Claremont Care Home, in relation to safe care and treatment, person-centred care and good governance during an inspection carried out between 31 January and 7 February 2022.

The home, in New Street, was rated ‘inadequate’ overall and in every area apart from how caring the service is, for which it was judged ‘requires improvement’.

“During this inspection, we found widespread shortfalls in the way the service was managed and we were not assured the service provided safe care. We found signs of a closed culture developing at the service.

“People did not always receive safe care. During this inspection, we identified and reported several safeguarding concerns.

“People were not always safe because systems in place were not effective to monitor risks to their health and incidents that had happened. This included individual risks, environmental risk and fire safety risks. Several people living at the home had lost weight and appropriate action had not always been taken in a timely way.”

The report said people’s medicines were not always administered safely. It continued:

“Good infection prevention and control procedures and relevant guidance regarding testing, visiting and vaccination as condition of deployment were not always being followed. Systems to learn lessons were not always effective.

“Staff deployment and the management of the shift was not effective to ensure people’s needs were met in a timely way. We received mixed feedback regarding staffing levels at the service. On review of all information gathered during this inspection, we have made a recommendation for the provider to review their staff deployment practices.”

The report notes the management team collaborated with the inspection process and told inspectors about the plans they would put in place to address the issues found during the inspection.

A statement from Park Homes issued to the T&A said the company is working to ensure the findings are addressed “without delay”. The company said: “As care homes emerge from the pandemic there is much work to be done and we regret that the service at Claremont fell below our expected standards.

“We are taking all the necessary steps to ensure that improvements are made quickly at Claremont to ensure that the previously high standards are met again at the service.”

The CQC report can be read in full here. The CQC is the independent regulator of all health and social care services in England.