Final recommendations for new parliamentary boundaries that could see the number of MPs cut nationally from 650 to 600 have been published – with the Leeds West constituency earmarked to completely disappear.

The Boundary Commission proposals, which still need to secure the backing of MPs and peers, will see a number of changes affecting the Leeds West and Pudsey constituencies following a public consultation.

A new-look Pudsey seat would include include a large chunk of the current Leeds West constituency – including Armley, Bramley, Pudsey, Swinnow and Rodley – and gain parts of Bradford Moor and Laisterdyke in Bradford. The Pudsey seat would maintain Farsley and Calverley, but lose Horsforth, Guiseley and Rawdon areas. 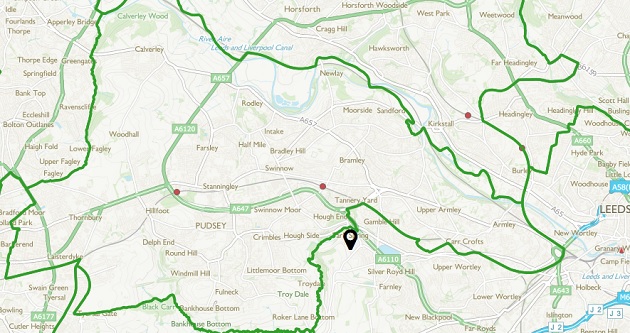 Kirkstall, Burley and the Hawksworth Wood estate, which currently operate under Leeds West, would come under the Leeds North West seat alongside Horsforth, Yeadon, Otley and others.

And Farnley and Wortley would move out of Leeds West and become part of the Leeds Central constituency, which would include the city centre and much of south Leeds through to Stourton and Middleton. The lower part of Burley Road would also come under Leeds Central. 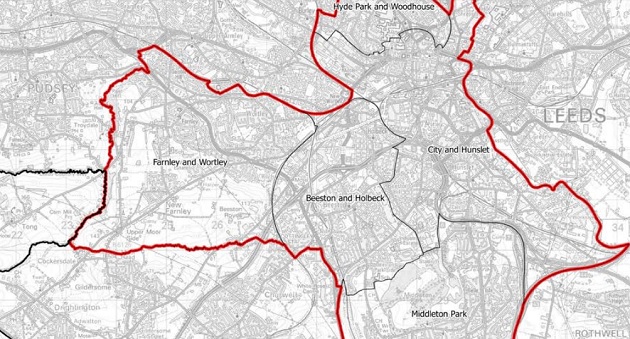 The review has been launched following a decision by Parliament to reduce the number of constituencies in the UK to 600 from 650, and to ensure that the number of electors in each constituency is more equal.

The proposed number of seats for the next election are:

Under the plans almost half of votes from current Leeds West MP Rachel Reeves’s constituency will move into a redrawn Pudsey seat. Ms Reeves, who has already said she’ll stand as a candidate in Pudsey, may face a battle against incumbent Tory Stuart Andrew. She’s already said she’s opposing the boundary shake-ups.

“With the Government trying to get controversial legislation through Parliament it is more important than ever to have independent minded MPs from across the country holding them to account. It is not in the interest of our constituents to cut the representation they get in Parliament.”

And the Boundary Commission?

“The recommendations we’ve published today mark the end of a thorough and consultative process to build the new map of constituencies. We’ve travelled the country, taken account of over 35,000 public comments, and heard many impassioned views about how best to reflect local communities in our recommendations, while ensuring that constituencies are all much more equally represented.

“We’re confident that the map we propose today is the best match of the legal rules Parliament has set us. It’s now up to Parliament to decide whether these boundaries will be used at the next general election.”

Will the proposals become reality?

The answer to that question is still up in the air.

Labour and Lib Dems say the government does not have parliamentary support for revised boundary changes, which they claim would boost the Tory’s chances of winning the next election. The Guardian reports:

“… it is by no means certain the changes, due to come into force before the 2022 election, will even be passed following the loss of the Conservative majority in June’s snap election.

The DUP, on whose support Theresa May’s government relies, is vehemently opposed to the initial boundary change proposals for Northern Ireland, which were seen as adversely affecting unionist parties.

The Boundary Commission for Northern Ireland does not report its revised proposals until January, and it remains to be seen if the plans will be modified enough to bring the DUP onside.”

The prime minister has refused to commit to a vote on the changes before Christmas. Chloe Smith, the minister for the constitution, said that drawing up the necessary plans would be a “complex and lengthy” process that would take “months to prepare”.

The new boundaries, if approved, would come in at the next general election.