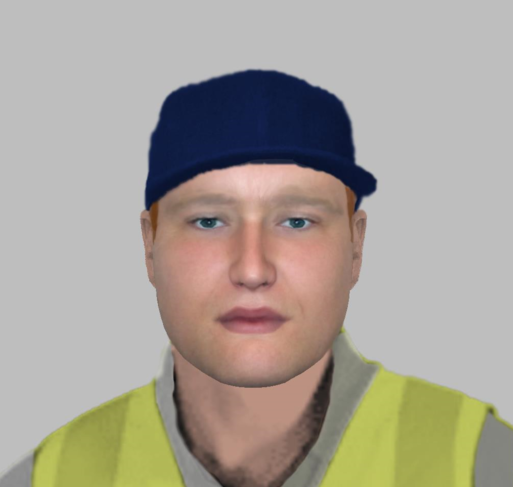 Police have issued an e-fit of a man they would like to speak to following a distraction burglary in Pudsey.

Leeds District CID would like to speak to anyone who recognises the man pictured following the burglary at a house on Woodhall Road on 18 July at around 11.40am.

The victim, a man in his 70s, was in his garden when he was approached by two men dressed as workmen.

One of the suspects escorted the victim to the rear of the garden, while a second male entered and searched the house.

The victim became suspicious and confronted the second male inside the property, and when he tried to call police the suspects removed the phone from his hand.

They then fled the property with jewellery belonging to the victim’s late wife, including a gold watch with a personal inscription.

The first suspect is described as a white male, with ginger hair, in his mid-30s, of broad build and with a round face. He was wearing a dark blue cap, builder-style boots, light-blue trousers and a hi-vis top over a plain, long-sleeved top.

The second suspect is described as a white male, early 20s and was lightly sunburnt. He had a tidy ½ inch beard, was 6ft tall and of slim build. He was wearing a white fleece and light-coloured trousers.

“The suspects made off with jewellery which has a high sentimental value to the victim, so I would also ask for anyone who is offered any jewellery matching the description to contact officers.”

Anyone with information should call Leeds CID on 101, quoting crime reference 13180353514 or information can be given to West Yorkshire Police via the Live Chat facility on the Force’s website here.