Comment: It’s time to get the Rising Sun’s future sorted out – before it’s too late 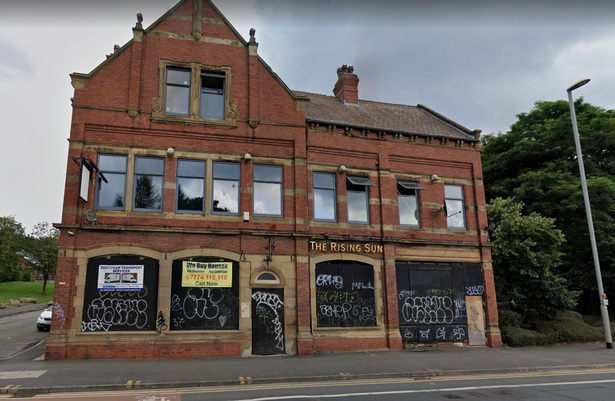 It’s a landmark Kirkstall Road pub which has suffered from floods, fire and vandalism in the past, writes John Baron.

A Joshua Tetley Heritage Inn built at the turn of the 19th century, The Rising Sun was once a busy pub at the heart of the local community.

It shut down and became a furniture store in 2011, before a fire gutted the place in 2013 and it was flooded when the River Aire broke its banks on that fateful Boxing Day in 2015. Last year also saw problems with fly-tipping on the site, which was cleaned up at taxpayers’ expense.

There have been a variety of plans to resurrect the Grade II Listed building over the years, including one – refused by the council in 2017 – to de-list its interior and turn it into apartments.

But now it seems the biggest problem facing The Rising Sun seems to be one of apathy and the future of the historic building is hanging in the balance, an increasingly ugly and derelict scar at the side of Kirkstall Road.

It’s about time something was done about it.

In 2018, without a word, the Rising Sun was removed from Leeds City Council’s historic buildings at risk register. Everyone assumed that was because a plan to convert downstairs into a coffee shop and upstairs into flats had been submitted just prior this.

Were the plans a new lease of life? Hardly. Two years on, those plans look moribund, with no movement on them for more than a year and council planners expressing some concerns. The Dispatch‘s e-mails to the architects last month went unanswered.

Everything seems to have fallen silent on the building’s future.

But if these plans are as dead as they seem to be, something needs to happen – and quickly, before it’s too late.

Today, West Leeds Dispatch is calling for action to save this remarkable building.

Organisations like civic watchdog Leeds Civic Trust, who indicated their support for the most recent coffee shop/apartment plans, ought to be publicly lobbying for action.

Could the Campaign for Real Ale (CAMRA), who also gave their blessing to the most recent plans, actively campaign for action on the site?

The pub dates back to around 1895, but it would be a crying shame to see a grade II Listed building, which used to be at the heart of its community, being left to simply rot.

It’s time to ask some questions about the future of the building – otherwise it’ll face the ignominious fate of another ‘forgotten’ and neglected pub further up Kirkstall Road – the George IV.

Follow the Dispatch‘s coverage of The Rising Sun here.