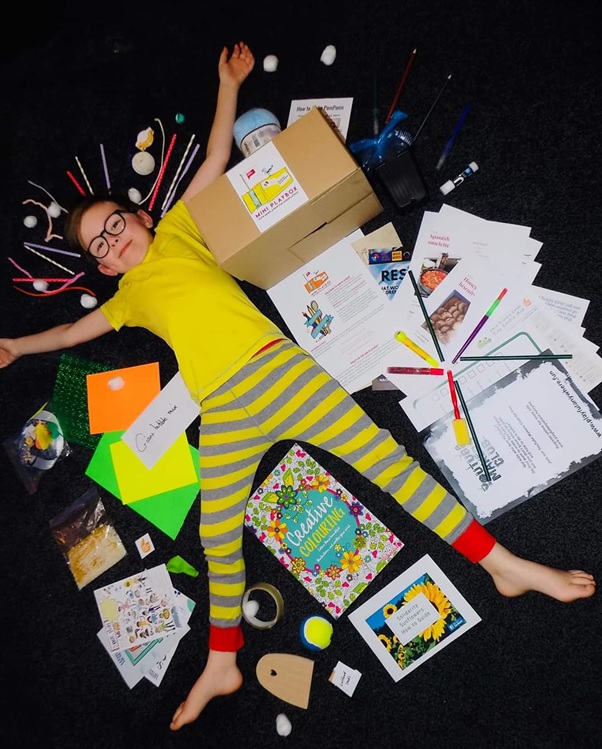 From sponsored head shaves to children’s book giveaways, food parcel deliveries to befriending schemes – there has been so much in West Leeds to shout about since lockdown started! writes John Baron.

One that particularly caught my eye in recent weeks which has had no publicity, but richly deserves some, is an innovative scheme helping older people and youngsters in Armley alleviate boredom and be creative during lockdown.

It highlights people power at its best and shows community spirit is alive and well in West Leeds.

Mini-playboxes, filled with goodies to spark creativity, were the brainchild of Seagulls Paint co-founder Cat Hyde after being inspired by a similar project in East Leeds.

She worked up the model, joining forces with folk from the LS14 Trust, Fall into Place and Playbox Leeds.

But the project didn’t stop there. The second round of creative boxes were designed to tackle social isolation and engage and inspire older adults, many of whom have been shielding.

The Armley Covid hub New Wortley Community Centre and Armley Helping Hands have both helped distribute some of the boxes, adding to the sense of a ‘we’re all in this together’ spirit.

One of the older adults who received a box said:

“It is like an Aladdin’s Cave… lots to keep me quiet for hours.”

The boxes have been delivered everywhere from houses and bungalows, right to the top floor of the tallest high-rise flats.

One woman, who has been really struggling during lockdown, was inspired to become more active and follow one of the recipes to make some buns. A relatively simple task, but one which really increased that person’s sense of wellbeing at a difficult time.

There are lots of similar stories as a result of this project.

It’s been great to see such positive response from the doorstep to a project which was orchestrated by an inspirational West Leeds woman and delivered by local volunteers. People power at its best, you might say.

Reporting for West Leeds Dispatch sometimes means telling news which isn’t good or is bogged down by politics – but local people have done West Leeds proud during lockdown and it’s an absolute privilege to shine a light on people-powered schemes like this. Well done all!

Funds for the project were allocated by councillors on the Inner West Community Committee, as part of Armley Ward’s Covid-19 response for residents.

Haven’t received your box yet? It may be in the pipeline, but you can contact Cat via info@seagullsreuse.org.uk.