Come on Rick Astley, get down to Pudsey on Children in Need day! 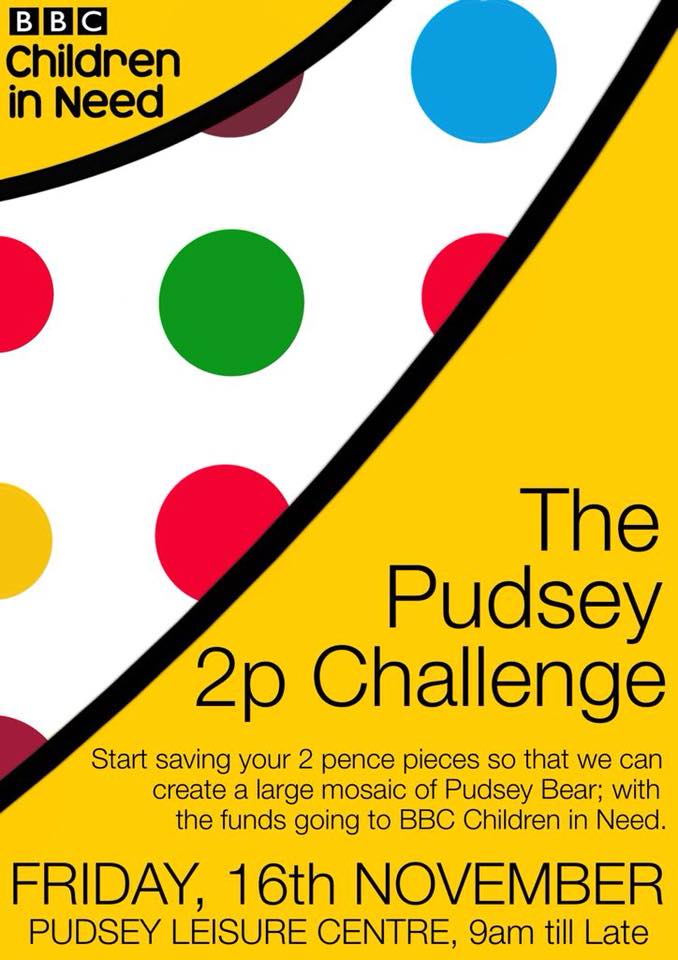 Community campaigners in Pudsey are hoping to hit the right note with pop star Rick Astley.

Volunteers behind the Pudsey 2p Challenge, which hopes to raise cash for Children in Need by lining the floor on Pudsey Leisure Centre with 2 pence pieces, have launched a social media campaign to get the ‘Never Gonna Give You Up’ star to come and support their charitable venture.

The campaigners have been boosted in their quest to to lure the singer-songwriter as he is believed to be in Leeds on Children in Need day.

“…rumour has it you’re in Leeds on the day of BBC Children In Need! Any chance you can pop up the road before your gig & meet us in our home town #pudsey with your 2 pence pieces and help us make a giant mosaic of Pudsey Bear in 2p coins? We’ll provide Yorkshire Tea and biscuits and play your new song – or you could sing it to us to cheer us up with our mammoth task.”

Come on @rickastley why not come to the home of #pudseybear this @BBCCiN you will be made very welcome https://t.co/W4qBDiVj9d

Pudsey’s schools have also got in on the act:

The Pudsey 2p Challenge will be held on November 16 and organisers are aiming to initially cover a large outline of Pudsey Bear and create a coin mosaic on the five-a-side pitch floor at Pudsey Leisure Centre.

And they’re hoping that if enough people donate, they may even be able to fill the whole floor with coins and raise £30,000 in the process.