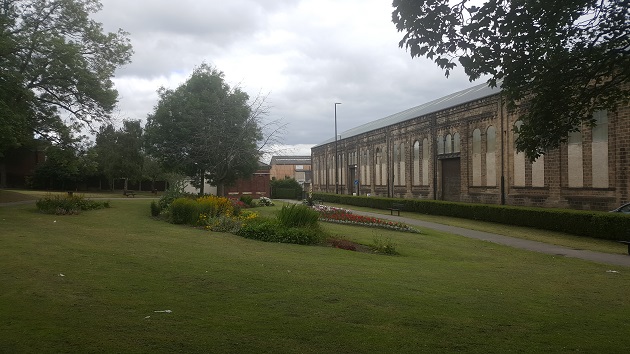 A campaign to build a war memorial in Rodley has been launched. Community reporter Martin Heaton spoke to the people behind the appeal.

When Jordan Bray, from The Rodley Social Club, went to the Cenotaph in Brookfield Recreation Ground to place a wreath, he realised the names on the cenotaph were nearly all from Calverley and Farsley.

The 25-year-old discussed the possibility of raising money for a Cenotaph in Rodley with Alan from The Crown and Anchor public house “for those who lived in Rodley and gave their lives”.

At the moment they have 60 names. After having the cenotaph passed by Leeds City Council they started fund raising, to get to the total of £8,000 to £10,000. The cenotaph will be sited at the bottom of Rodley Park, Town Street, Rodley.

Headteacher Sarah Griggs and the staff and pupils at Valley View Community Primary School are helping with the design and with fundraising.

The fund raising page can be found here. Or just call in at Rodley Social Club, or The Crown and Anchor to donate.