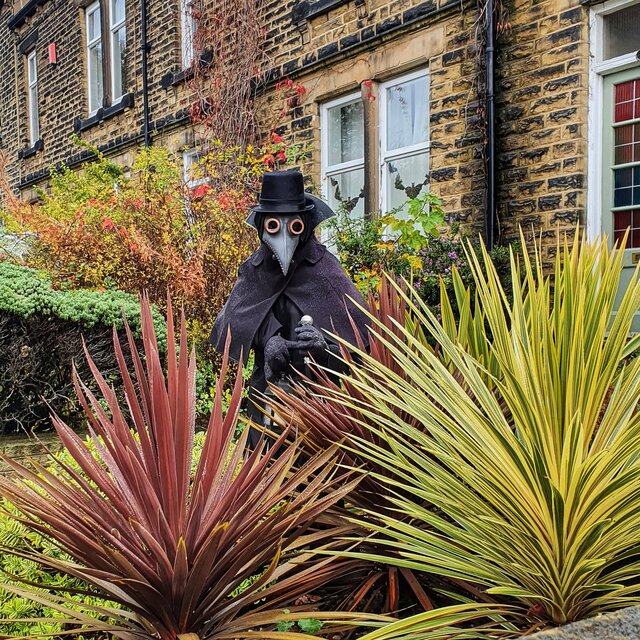 It doesn’t seem a year since Calverley was invaded by the scariest of scarecrows, with the Plague Doctor, Corpse Bride, the Ice Monster and a Nightmare on Carr Hill Grove among the spooks terrorising the village.

But it’s almost time for this year’s Scary-crow Festival, which is organised by Creative Calverley.

Grown-ups and children are putting their creative thinking caps on to produce Hallowe’en versions of the traditional scarecrows, with the aim of scaring people rather than crows.

Themes this year are songs, creative, traditional and Hallowe’en.

A map will be produced, which will be available from 23 October (afternoon) from Calverley Best One & Post Office and Calverley News. Donations this year will go towards the Samaritans.

On the reverse of the paper scarecrow map there is a scavenger hunt that you can use when also viewing the pumpkins around the village.

There’s also online voting for the best ‘crop idol’, with the winner receiving a virtual prize. A virtual map will also be available here to view at no cost. Voting takes place here from 23 October.