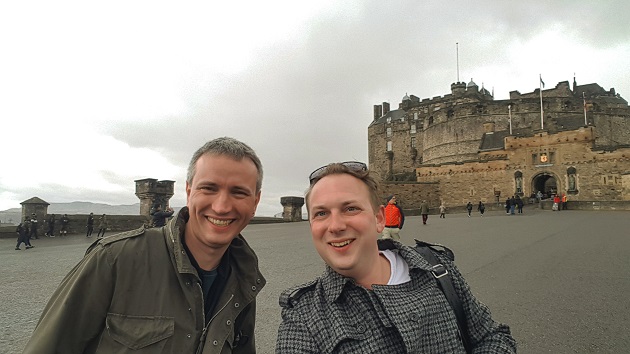 Two business partners are preparing to set out on what they hope will be a record-breaking European sightseeing trip.

Chris Fletcher, 38, from Burley and former Horsforth resident Adam Leyton, 41, who now lives Edinburgh, are attempting to beat the Guinness World Record for the number of capital cities visited in a day using only buses, trains and planes.

Starting in London on 25th November and finishing just under 24 hours later, they plan to visit the capital cities of nine countries.

“Adam is no stranger to mad dash trips across Europe. He previously beat the record for the number of countries visited in a day using just public transport. This time, together, we’re aiming for the capitals!”

As they make their way around the continent the pair, who are co-owners of marketing agency CEE Digital, will be raising money for Sands, the stillbirth and neonatal death charity.

Sands offers support to anyone who has been affected by the death of a baby before, during or shortly after birth.

Eight years ago, Mr Leyton’s sister, Gemma, lost her baby daughter Tilly Rose just 5 days before she was due to be born.

“The support Sands gave my sister and her family was incredible,” said Mr Leyton.

“Hopefully we can raise some money and awareness for this wonderful charity and at the same time set a new world record!” he added.