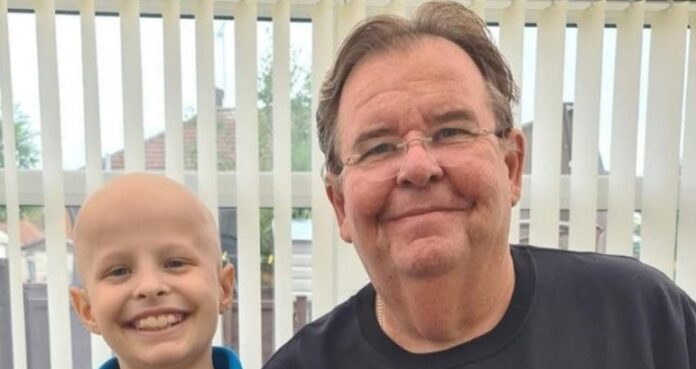 The final winners of West Leeds Hero Awards are Aiden Delaney and his grandson Kaiden, who have been recognised for their amazing fundraising and outstanding bravery, writes Hannah Boyle.

Aiden has been raising funds to support nine-year-old Kaiden from Farnley, who has been diagnosed with cancer and needs a specialist operation in Germany.

Using his musical talents, Aiden has been making and selling CDs, using the funds to support Kaiden and his family but also support children’s cancer charity Millys Smiles.

Aiden has worked throughout lockdown to keep the fundraising going and has been described as a ‘one-in-a-million grandad’ by friend Rob Russell Davies, who also applauded Kaiden for his bravery.

The West Leeds Heroes awards have been handed out by Ms Reeves to people who have made a difference during lockdown.

Facebook
Twitter
Pinterest
WhatsApp
Previous articlePaul Abraham: How to set the correct goals for you?
Next articlePolice appeal after man attacked by six masked men in Armley