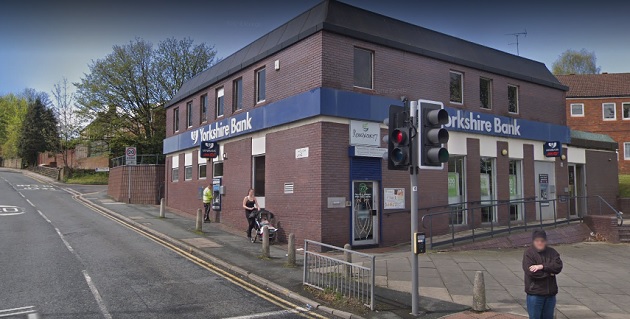 A planning application has been submitted to turn Bramley’s former Yorkshire Bank into a veterinary practice, writes Keely Bannister.

CVS Group PLC are looking to convert the whole of the basement and the ground floor of the Upper Town Street building into the practice, but only a small proportion of the first floor would be part of the development.

The proposed new layout would see:

The current on-site parking, which is accessed via Prospect View at the back of the building, would be slightly reconfigured by removing some of the painted hatching to accommodate one extra parking space, taking the total from four to five.

CYBG banking group, who own Yorkshire Bank, announced last May that the Bramley branch would be one of six to close across the North of England.

The decision was met with anger from locals, Bramley & Stanningley ward councillors and the area’s MP who said it would be a blow to the community and would hit the poorest and vulnerable the hardest.

Since the closure last August, the majority of the building has been empty.

Now CVS Group PLC are hoping to bring the building back to life and employ the equivalent of six full-time positions at the practice and have proposed opening hours of 8am to 7pm Monday to Friday and 9am until 12pm on a Saturday.

According to the group’s website, they are one of the leading veterinary services providers in the UK and owns more than 500 veterinary surgeries throughout the UK, Netherlands and Republic of Ireland.

One of the group’s vet practices is currently in West Leeds: Aire Veterinary Centre is located on Kirkstall Lane.

You can view the documents associated with this application by clicking here.

Mr John Elliker, who lives in Swinnow, has applied to change the Broad Lane building into a nursery which would employ the equivalent of six full-time people.

The number of car parking spaces would remain at five, with four cycle spaces being created. Opening hours are not as yet known.