Here’s who is standing in the 2019 Leeds local elections in Bramley & Stanningley Ward. 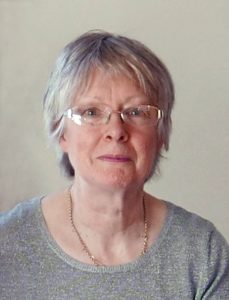 Liberalism is crucial to the future of our society, locally and nationally.

Liberals and Liberal Democrats are the only MPs and candidates who have been consistent on key issues, whether on opposing the invasion of Iraq and, now, supporting a united Europe that includes the UK.

These national issues are important to show the good judgement of the party on vital issues. Indeed it is necessary to oppose Brexit locally as Leeds and the Yorkshire region would be amongst the hardest hit areas if Brexit ever happened.

Liberal Democrats understand the importance of the local community and the need to strengthen the identity of Bramley and Stanningley as an age-old township rather than just a suburb of Leeds.

Transport is a scandal in our area. Why is the centre of Bramley outside the area for the basic bus fare, thus making us pay more than other similar communities to go into town? The frequent traffic jams leading to Kirkstall junction point to the urgent need for another river crossing.

Bramley and Stanningley ward needs a local Liberal Democrat councillor. Please take the opportunity by voting for the top name on the ballot paper. 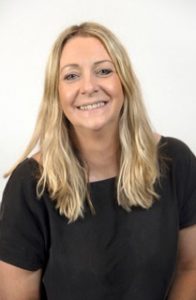 My name is Julie (Jools) Heselwood and I am standing for election in Bramley and Stanningley Ward on May 2nd.

I have been very proud to serve as your Councillor in Bramley and Stanningley since 2015. It has been a real privilege to work with the local communities in the Ward, working with a number of residents groups to provide services for both young and old.

As councillors in Bramley and Stanningley, we have campaigned to keep many local assets open. We fought hard to keep Bramley Library open, turning it into a fantastic community Hub.

Bramley Community Centre was saved, and we have been working with a fantastic group of volunteers to re open Fairfield community centre, with some great opportunities for the local area. We are now working with the Barley Mow volunteer group, on an exciting project for West Leeds.

I have been involved in litter picks, taking environmental action, lunch clubs for the elderly, providing activities for our young people especially in school holidays, and road safety initiatives including new speeding devices. We are currently consulting on a skate park for Stanningley Park and setting up a local residents group there.

I am also Lead Member for Women on the council, and have campaigned hard to end period poverty, ensuring Leeds City Council will be the first council in England to do this from the summer. If re-elected my next project will be to set up a menopause cafe in Leeds, for people of all ages to talk to trained professionals to get free advice whenever needed.

I am standing again in 2019 because I am passionate about out local communities in Bramley and Stanningley, and will continue to work hard to help make Bramley an even better place to live. 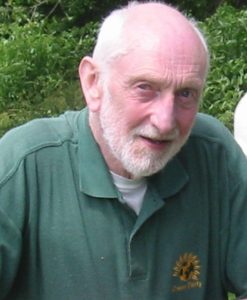 Is a Green vote wasted? I stand that argument on its head. We already know the name of the councillor who will be elected on 2nd May for Bramley & Stanningley. She is called Julie.

I offer odds of 10-1 to anyone who wishes to challenge me on that. So if you want your vote to mean something you will have to do it in some other way. Are you, like the school strikers, concerned about the environment – locally over clean air, or even nationally and beyond over climate breakdown?

Nationally this was why the Green Party was created, but due to the electoral system we are more effective at local level.

This is particularly true in Leeds. If I do get elected, I shall join the well-respected and hard-working team of Ann and David Blackburn who have been Green councillors in Leeds for many years.

The West Leeds Dispatch does not stop at the Bramley & Stanningley boundary.

If any Farnley & Wortley voters read this, we are seriously campaigning for Ann Forsyth to join the Backburns on Leeds City Council at this election. Like all Green candidates in our area Ann is dedicated to environmental action and working at community level to improve our localities for all residents.

I live in ‘Lilac’, an eco-friendly co-housing scheme between Bramley and Kirkstall (formerly Wyther Park School). 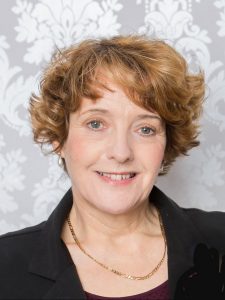 I’m Anne Murgatroyd, standing for The For Britain Movement in Bramley & Stanningley. We are a new party offering a clear alternative.

Nationally, we are firmly pro-Brexit. We believe that the duty of our government is to put the interests of British people first; this includes everyone who lives here legally and abides by our laws and values.

We also believe that everyone equally should have the protection of, and equally be held to account by one UK law, and that all cultural considerations should be abandoned.

In local government we would try to keep council tax down by identifying and opposing waste and extravagance.

We’d prioritise local people in the allocation of social and affordable housing and offer referendums to people affected by any planned major construction or change in their area. We’d prioritise spending to ensure all children attend a school rated at least ‘Good’ by Ofsted, and incentivise the use of brownfield sites for building.

As councillors we’d be free to vote according to the wishes of our ward residents, not being subject to a party whip.

I would work hard and honestly for the people of Bramley and Stanningley, and our great city, guided by the views of local people and the principles of our party, which can be found at www.forbritain.uk. Sometimes things need to change. 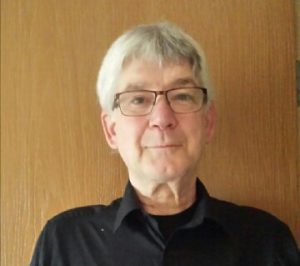 My name is David Woodhead, I am standing as UKIP candidate in the Local Election for the Bramley & Stanningley Ward.

I am 67 years of age, a retired ex-publican. I am married and live in Bramley, having previously lived in Lower Wortley.

I have only recently become engaged in politics, mainly due to the recent ongoing national situation, having decided that if I want to change anything it’s best to do it from within, rather than merely complain from without!

My local concerns are; public transport and the environment. Pollution happens in the suburbs, not just in the city centre!

I also happen to think that every ‘traffic lights controlled junction’ should have “red light cameras”.

Housing. I believe that precedence should be given to homeless service veterans and British people rather than economic or illegal migrants and that we should be building on brownfield sites before damaging the Green Belt.

Business Rates (UBR): Large and big business pay comparatively, a lot lower sums than small and medium businesses because of the way rates are assessed. I believe they should be a percentage of turnover. In this way, all business would pay “The Same Rate.”

This also applies to public houses. The closure of so many, both locally and nationally, is of concern.

In my leisure time I am a SCUBA Dive Master and prefer non-league football.