Here’s who is standing in the 2019 Leeds local elections in the Pudsey Ward. 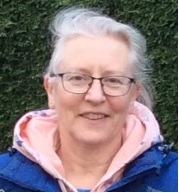 ​Cath would seek to retain and enhance Pudsey’s green spaces and amenity parks for both wildlife and recreation.

Across the UK we are seeing a severe decline in numbers of many of our native flora and fauna. Good conservation practices by local groups can help to reverse this.

She would look to preserve green belt land and encourage any new housing developments to be built to highest energy efficiency standards, using more eco-friendly materials.

If we are to approach our target of a carbon-neutral city by 2030, and drastically reduce the amount of fossil fuels we use, we will need to adapt our lifestyles to build stronger local communities, walk and cycle more, use more public transport and moderate our use of air travel.

As such, Cath would encourage better public transport links to and around Pudsey, but she is against the proposed expansion of Leeds/Bradford Airport to accommodate a forecast 3 million more passengers per year by 2030.

I took democracy for granted.

Choose a side, back it with your mark on the ballot paper and when the votes are counted the winners win, EVEN if you don’t like the result.

With Scottish independence remain won and they stayed in the United Kingdom. The Welsh opted for devolution and got their own parliament. The Lib Dem’s demanded proportional representation as their dowry for coalition, 1st past the post won and that’s how we vote

17.4 million British people voted to LEAVE the EU and we are to REMAIN in the EU.

DEMOCRACY is in crisis and if we don’t fight for its restoration we don’t deserve to have it and the freedom it ensures.

I’ve supported UKIP at every opportunity since John Major treacherously forced the Maastricht treaty upon us in 1992.

I joined UKIP immediately after the Chequers ambush on our freedom in 2018.

As the betrayals mounted I decided to put my head above the parapet and stand as a UKIP councillor.

Vote for me firm in the knowledge I’m fighting for our democracy.

I also favour lower council tax bills, weekly bin collection and doing something about the potholes. 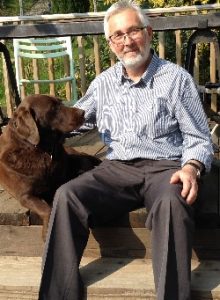 That would probably have paid twice over for a new primary school, a much-needed modernisation of Pudsey Leisure Centre, the adoption of all our unmade roads, and enough affordable housing on brownfield sites to tackle our most urgent housing need. Our local Tories can’t pretend it’s nothing to do with them.

Despite the cuts, we’ve made some real progress:

There are two big issues on the horizon for Pudsey. As we’re seeing sixth forms close elsewhere in West Leeds, we need a public debate on how we ensure quality post-16 education continues to be delivered locally.

More long-term, I’m 100% behind Metro’s proposals for a mass transit route connecting Leeds and Bradford alongside Stanningley By-pass. This would put Pudsey residents at the heart of a network that would connect them with thousands of jobs in both cities.

NELIS Lorraine Ida (Address in Leeds) The For Britain Movement 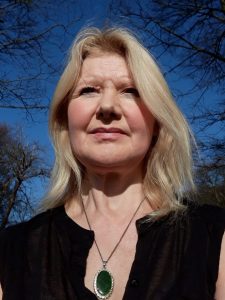 Hello. My name is Lorraine Nelis and I am standing for election on behalf of The For Britain Movement as a Councillor in Pudsey.

Have you lost faith in politicians? Do you feel disenfranchised and ignored?

I am an ordinary woman who believes that local people should have autonomy in their area and that their views and objections should be heard.

We are a common sense party that wants to restore true British values and ethics that are being systematically destroyed. We believe in one rule of law for all and would like to rectify the obscene waste of taxpayers’ money.

Politicians should be accountable to the electorate and their duplicity and contempt has been clearly illustrated by the fiasco in not delivering Brexit. We also campaign for greater compassion and protection for animals as outlined in our manifesto.

If you want change then we must change the way in which we vote. Please help us to put the Great back in Britain again. Thank you. 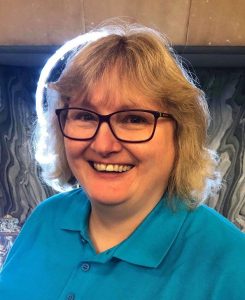 I’ve lived in Pudsey for nearly 25 years and love our town, but I know there is still more that we can do together to improve it.

When I first moved to Pudsey there was a bustling high street and market which gave a real community feel – this is what I want to help us return to.

I’ve never been involved in ‘politics’ before but have always put ‘community’ as my priority. Since Simon Seary and Mark Harrison were elected last year, I have really noticed the positive changes and this is the reason why I would like to join them as the third Conservative councillor in the ward of Pudsey, Tyersal & Swinnow.

I’m very much involved in local groups, such as The Friends of Pudsey Cemetery and Chapel and the monthly Farmers’ Market, and think it is in the gift of local people to make change for their area – that’s what I want to enable the Community of the Pudsey Ward to do.

Working with Simon and Mark, I will provide a strong voice for everyone and will work for more positive changes to continue to enliven our town.

If elected, I will work with them to get the little things sorted – like the potholes – but also work to bring that pride back.

Last year, Simon and Mark said that ‘Pudsey Deserves Better’ and they were right. As a team, I am sure that we can make that come true for everyone.

If I am elected on 2 May then anyone who knows me will know I’ll work tirelessly to get it done!