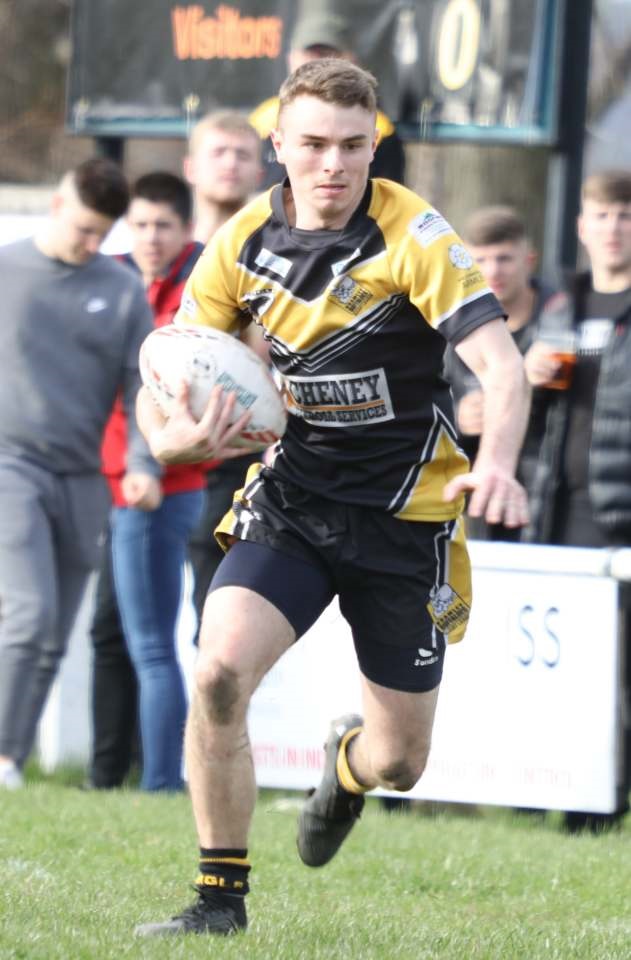 After the trials and tribulations of the week leading up to the game, the game finally took place at West Leeds ARLFC, and we pay them a massive thanks for their assistance in getting the game on, writes Martyn Cheney.

The game, the referee said, was “a good clean game, played in a good spirit. A pleasure to referee”.

He wasn’t wrong. The game was fitting of a semi-final in any competition and level of Rugby League. The Buffaloes were without head coach Steve Langton, and mercurial captain Brad Wilson – and Craig Brown, Jake Barnett and Cameron McLachlan were all injured. 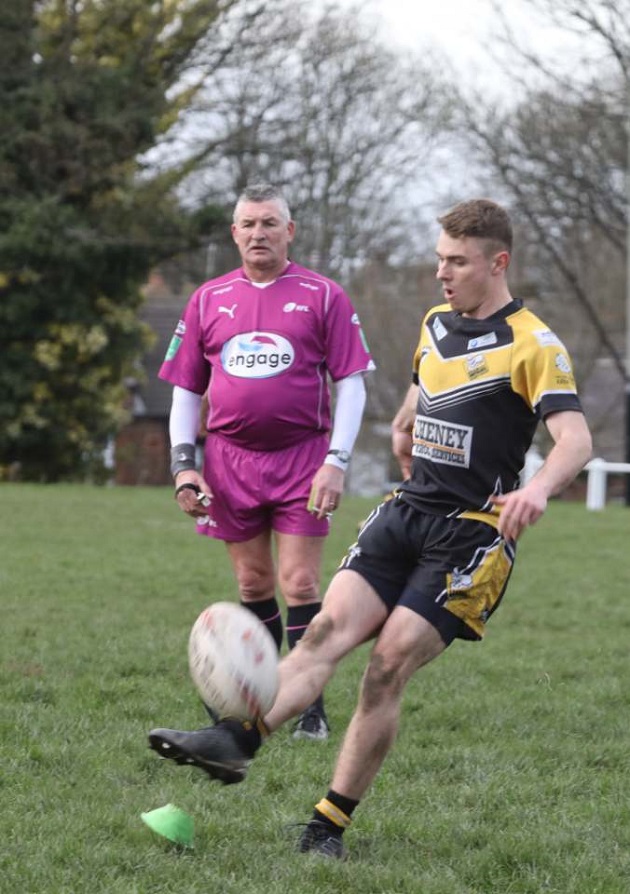 The home side came into the game on the back of great results in the previous rounds of the cup, winning three of their last four games.

But visitors Cutsyke took the first points of the afternoon when full-back Kain Watson, in the sixth minute, broke free of the scrambling home defenders to score under the black dot, with Standoff Andy Speak converting the try, giving the away team the lead, 6-0.

Seven minutes later, Luke Standing, on debut, followed up a break from Kieran Foster-Matthews, to open the Buffaloes Scoring for the afternoon, with Foster-Matthews adding the conversion, levelling the scores at six-all.

On the 18th minute the referee awarded Cutsyke a penalty for alleged stripping of the ball in the tackle in a kickable position, Speak was on target with the penalty goal attempt, giving Cutsyke the lead again, 6-8.

Just before the half-hour mark returning fan-favourite Aaron Henry, playing in an unfamiliar role of scrum half, broke through the defensive line and sprinted away for the second Buffaloes try of the afternoon. Foster-Matthews was on target again with the conversion, putting the Buffaloes in the lead, 12-8.

Both sides were giving their all in attack and defence, with no quarter given, the only breaks in play came from the referee’s whistle.

Into the second half, the Buffaloes were leading 12-8 and were playing down the slope. The home side was on the attack looking to extend their lead.

However the first break came when the away team put a high kick into the air and the defender dropped the ball, and Cutsyke second rower Scott Horner raced away from the despairing defender to score a try. Speak added the conversion, giving Cutsyke the lead again 14-12.

In the 57th minute, following two back-to-back penalties for ball stealing from the tiring defenders, substitute Charlie McMurray crashed over the line taking three defenders with him. The referee looked through the mound of players to see the McMurray had the ball on the ground.

Foster Matthews added the conversion, giving the Buffaloes the lead, one that they didn’t lose again, 18-14.

Both sides were guilty of chasing the game, despite there only been four points in-between the teams. There was lots of lost possession and penalties.

In the 66th minute, the Buffaloes were on the attack and Henry put up a bomb. The ball bounced into the hands of Bramley full-back Tom White, who crossed unopposed for a try, converted by Foster-Matthews — extending the lead to 24-14.

Cutsyke put the kick off out on the full and from the penalty, the Buffaloes were on the attack. McMurray went on a charging run again taking three defenders over the line, this time however they held him over over the line.

On the next tackle, and in front of the Cutsyke posts, Henry called for the ball and coolly put over a drop goal, taking the score to 25-14.

In the 73rd minute, after a raft of penalties for ball stealing, Foster-Matthews took a shot at goal with one of the penalties, and kicked the goal, making the score 27-14.

Foster-Matthews collected the ball in the Buffaloes ingoal area and went on a jinking run in the last minute of the game, beating defender after defender.

Once he’d raced 60 metres the cover defence was closing him down, so he kicked the ball forwards. White and Henry were in chase of the ball, along with some of the Cutsyke defenders. The ball bounced on its point over the heads of everyone and dropped into the grateful arms of Foster-Matthews, who strolled over for the last try of the game, adding the extras to his try, making the final score 33-14.

A mention must go to Ben Maynard-Worrincy who took the ball up all day, and the Cutsyke defenders struggled to cope with his powerful runs. Curtis Sidebottom was outstanding in both attack and defence.