Home comment Behind community news: How readers are helping to shape the future of... 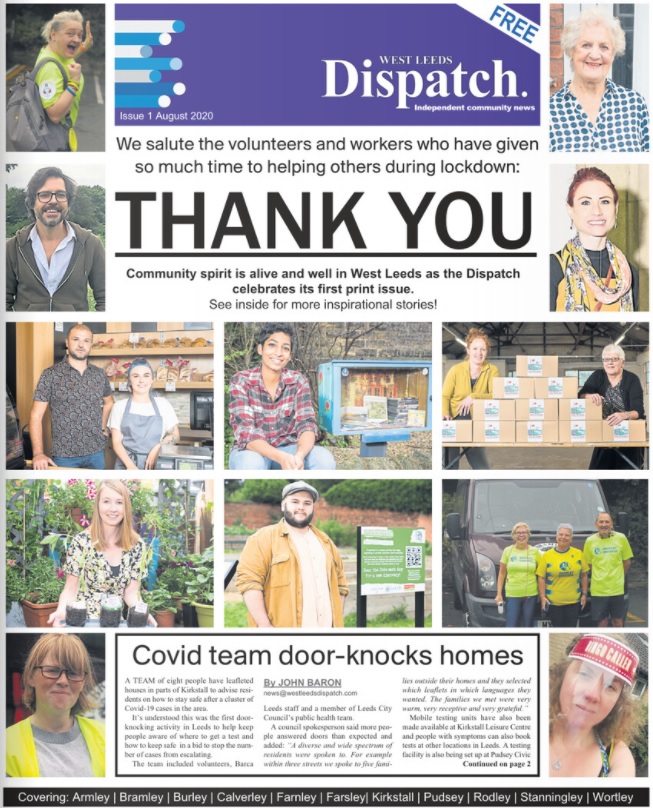 Ever wondered how an independent community media outlet like West Leeds Dispatch operates? In the fourth of a series of regular posts, editor JOHN BARON looks at your feedback from the recent readers’ survey we ran.

Journalism has changed dramatically over the years. Thanks to the development of the internet and social media, it’s now less of a monologue and more of a dialogue, so it was great to receive lots of feedback (both positive and constructive feedback) from our recent reader survey.

We’re an independent organisation run by a voluntary board which is made of people living in the area. WLD is written by a team of 40+ community reporters who are all West Leeds through and through, so it almost goes without saying that our readers’ opinions matter deeply to us.

We are part of the community, we we all live and work here. We’re not a big national company and it’s important we’re doing right by our neighbours.

I’m thrilled that as we celebrate our sixth birthday this week, we had more than 40 responses to our recent readers’ survey and that we seem to be on the right track, although there are areas where we can do better.

Some of the feedback included these comments:

“Keep up the good work! I’m happy to continue as a supporter. Hyper-local news is a positive development.”

“First thing I read every morning!”

“I think WLD is a great local resource and the whole ethos is great – training and supporting volunteers to manage and report for the WLD publication.”

“It’s amazing how this is all volunteer led, fantastic work.”

We asked people to rate our content out of 10, and almost everyone rated us between 7 and 10. Thank you for the positive feedback, it means the world!

What can we improve?

It was really useful to receive some constructive feedback. While we might think we’re doing alright, sometimes readers flag up areas we might not have considered or might not have given much weight to as we should.

We had a couple of people telling us to tighten up our spelling and grammar. And they’re quite right! As editor, I’m aware we have too many typos and it’s something we need to improve. I’m going to hold my hands up here and say most of them probably come in my articles, and that’s because no-one proof-reads them. It’s something we’ll look at moving forward and let you know how we tackle it.

It was interesting to read suggestions on what we need to do less of. Suggestions included less ‘pop psychology’ (it’d be useful for people to give us examples of this) and fewer feel-good and human interest stories (a tad surprising – Ed).

We also received feedback from one reader over too much coverage of a specific local councillor. It’s election week so I need to be careful what I say, but it’s an interesting point, particularly in some of our more marginal wards. We’re sometimes accused of being too right wing or too left wing (sometimes in the same article), but as long as we’re getting accused of both then, for me, it shows we’re somewhere on the right track.

Our mandate since we were formed six years ago has always been to be politically impartial, and that will continue. It’s not necessary for us to take a political side as people can make their own minds up on these things. And, equally, we don’t want to alienate half our audience!

We take editorial decisions based on how interested people will be in the article and its value for our readers. As for featuring specific councillors too often, it’s something we’ll always keep an eye on, but if it’s of interest to our readers, we will make the necessary editorial judgement and try to strike the appropriate balance.

What should we feature more of?

People tell us they want to read less about crime, which is a contradiction as they’re usually our most-read articles! We don’t have a business model based on page impressions and cheap clicks and we understand many people don’t want to be doom scrolling through bad news. We don’t focus on crime unless police issue a public appeal for help, at which point we feel with have a civic duty to report.

Specific suggestions of what we could do more of included celebrating young people’s achievements, more good news stories and local history (people love their local history!). Other suggestions included focusing on Government cuts, producing local guides (great idea – what would people like to see in them?), more cultural content, ‘challenging the status quo’, creating more political awareness and focussing on local government decisions.

A lot of really useful suggestions for us to mull over.

70% of respondents visited WLD once a day, with the majority of people visiting the site from our email newsletter (which has 1,300 sign ups) or via social media.

Other sources of news from respondents included social media, Look North and, tied in third, are Leeds Live and the Yorkshire Evening Post.

Thank you to everyone who took part in our survey, there’s some really useful feedback which we will digest over the coming months and keep you in the loop with. Above all, it’s great to see such positive feedback, which both our community reporters and myself are thrilled about!

Please don’t forget to help us celebrate our sixth birthday this week by taking photos of yourself ‘beating the bounds’ of your community. More details here, if you missed.

Oh, and please keep your eyes peeled for a big – and exciting – announcement on the future of WLD later this week! 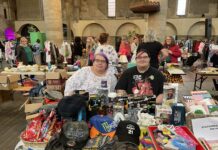 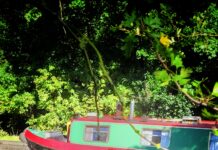 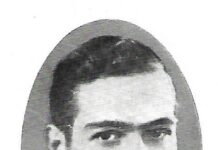