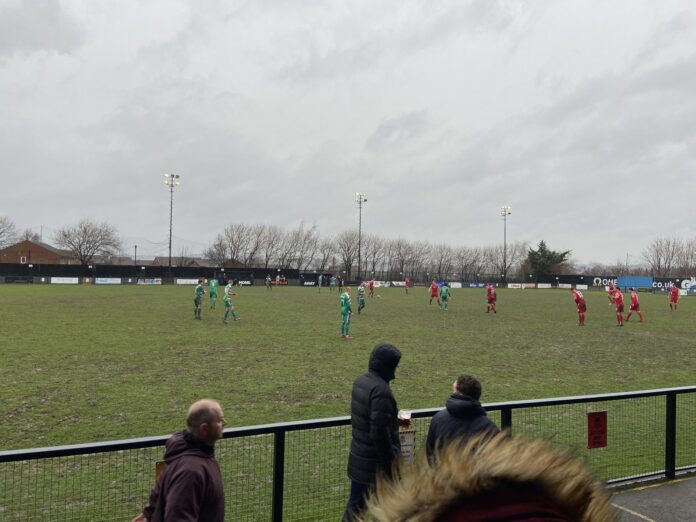 Farsley Celtic twice fought back from a goal down to draw 3-3 with promotion-chasing Chorley, as Russ Wilcox’s managerial reign began positively.

Conditions were atrocious throughout, worsening as the afternoon progressed, but they didn’t hinder the entertainment on show, with five goals arriving inside the opening 36 minutes.

But it would be Adam Clayton’s second-half effort that secured the Celts a point, bringing a run of five straight league defeats to an end.

Farsley actually got off to a perfect start and were in front inside 10 minutes. Luke Parkin slipped in Jimmy Spencer, the forward beating the offside trap before keeping his cool to slot home past Matt Urwin in the Chorley goal.

A golden opportunity to double that advantage arrived after a period of sustained pressure, the ball falling at the feet of Lewis Turner six yards from goal, however, he could only strike the crossbar.

The Celts would be left to rue that missed opportunity within minutes as the visitors levelled, ex-Leeds United man Billy Whitehouse picking out the bottom corner from just outside the box.

Just like in the fixture at Victory Park, the Magpies would come from a goal down to lead. Just after the half-hour mark Connor Hall got in between Turner and Trenerry, and with the latter off his line, had time to pick out a finish that nestled in the back of the net.

Unlike at Victory Park, Farsley would respond to falling behind, and did so almost immediately.

Lewis Baines brought down Luke Parkin in the box as he attempted to fashion a shooting opportunity, allowing Will Hayhurst, on his return to the side, to level from the spot for his fourth goal of the season.

The goalscoring in a hectic, end-to-end first-half wasn’t finished there, as the visitors went ahead for a second time. Will Tomlinson took a short corner on the left to Adam Blakeman, who had time to compose himself and loop a delicious strike into the top-right corner.

As the rain and wind continued to batter The Citadel, the chances arrived much more sparingly after the interval – an interval which saw Sam Walker introduced as a substitute, returning to action for the first time in 168 days following a serious injury.

But 20 minutes into the period, Farsley struck. Urwin punched Hayhurst’s corner from the right clear, but the goal scorer was given a second bite at the cherry, whipping in a superb cross for Adam Clayton to plant past the Chorley shot-stopper at the far post.

Both sides suffered scares in the remaining minutes without either ‘keeper really being tested, Urwin having the most to do when he pushed a Luke Parkin cross-cum-shot to safety.

It could have been more, but a first point since January 2 will certainly be seen as a step in the right direction for Russ Wilcox and his side.