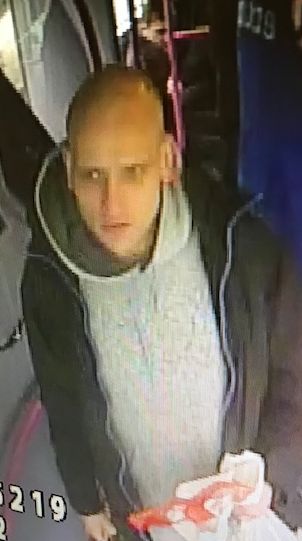 Police have released CCTV images of a man they want to trace in connection with an incident where a bus driver was sprayed with a substance in Armley.

As previously reported, officers were called to the bus stop outside Pet & Aquatic World in Armley Road at 2.25pm on Tuesday.

The driver, a 54-year-old man, had been sprayed in the face by a passenger who had tried to get off before the stop and then forced the doors open to leave. 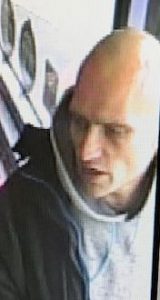 The driver experienced stinging to his eyes, nose and throat and was treated at the scene before being taken to hospital to be checked over. He is not believed to have suffered any lasting effects.

A 20-year-old woman passenger was also taken to hospital after having an asthma attack. She was treated and released a short time later.

Tests by the fire service confirmed that the substance used was not harmful. It is believed to have been a CS-type spray or similar.

The suspect, was white, about 5ft 11ins tall and of average build, had got on the city-bound number 72 First service at Armley Ridge Road and walked off in the direction of Branch Road after the attack.

“We are keen to hear from anyone who recognises the man shown in the CCTV images or who has any information that could assist the investigation.

“We would also still like to hear from anyone who witnessed the incident or who saw this man leaving the scene or in the general area around the time of the incident.”