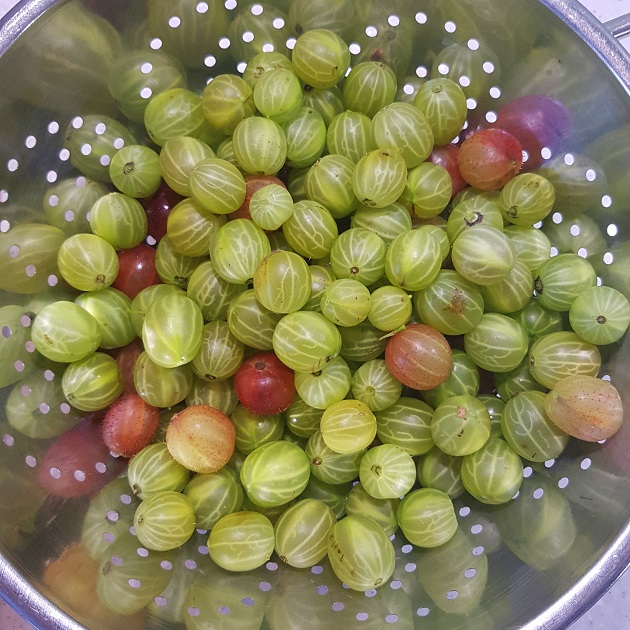 Every year I learn something new, something I’ll not do again. For example I’ll not be planting dwarf beans directly into the ground again, no matter what the seed packet says. In theory, there’s no problem with directly sowing seeds into the ground, it works – except when there are seed-eating mice around.

It turns out that mice love bean seeds, along with lots of other goodies in the allotment. I’m convinced they watched me planting them and helped themselves as soon as I’d gone.

One of the old lads down at the lot pointed out that it was always better to sow seeds in pots and trays to germinate and grow strong before planting them in the allotment. The good news was that there was still time to put a few in pots. They have now grown and ready to go in the ground.

The wacky weather over the past few months has brought heat, cold and prolific dampness and those sorts of conditions don’t go down well with potatoes, especially when the ground is thick with clay, as ours is.

My second earlies are showing signs of Potato Blackleg, a bacterial disease which loves the damp. It’s the earliest potato disease, appearing in June. Stems are weedy and leaves turn yellow, there’s only one thing to do and that’s to dig up the affected plants. I didn’t want to take any chances, so they all came out.

The potatoes were fine, very tasty in fact. Some allotmenteers don’t see the point in growing potatoes, they are cheap enough in the shops. But the flavour – there is nothing like freshly-dug earlies popped straight in the pan, served with butter (none of your margarine!) and a sprinkling of salt!

Potato Blackleg lives on in the soil, which is a good reason to rotate crops, I’ll not be planting potatoes in that part of the allotment again for a few years. I’m keeping an eye on the maincrop and will lift those it they show signs of disease.

Other pests to watch out for are two-legged. Nets are everywhere to keep out birds, especially wood pigeons. We’ve to be careful, though, that they don’t become traps, I released a baby thrush from netting at a neighbour’s lot.

Gooseberries are ready for picking, in fact I’ve just made my first batch of gooseberry jam.

I showed the gooseberries to my Japanese friend, who ate one straight from the bush, without even pulling a face. She told me they don’t have gooseberries in Japan, I’m wondering about setting up a gooseberry jam exporting business over there!