Plans for eight newfamily houses on the site of a former old people’s home in Wortley have been withdrawn by developers.

Prospect House, off Fawcett Lane, would have been demolished and replaced by eight new four-bedroomed family homes.

There had been a lukewarm reaction to developer MJT Developments Ltd’s proposals by Leeds City Council planners. 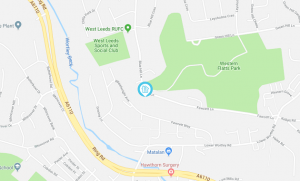 A report by a Leeds City Council Conservation Officer said Prospect House was a ‘non-designated heritage asset which makes a positive contribution to Fawcett Lane’. He said:

“The proposals for demolition have not been adequately justified to support the loss of the existing building. The design approach for the new properties is not sympathetic to the setting of adjacent historic building or the positive natural landscape of this area of Fawcett Lane. The extension of the suburban character into this area will detrimentally affect the character of the wider streetscape.

“In summary I feel that the loss of the villa needs more justification and the replacement properties need to be more sympathetic to the character of the area in order to preserve the character and setting of nearby positive structures.”

Highways issues had also been raised, including speed limits, parking and footpaths.

A planning statement by the developers argued that the site had already benefited from planning permission for 12 flats in two buildings, one three storey and the other four storey. They said

“It is not considered the provision of eight family dwellings would exceed the capacity of transport, education and health infrastructure.”